The once mighty space saga is showing its age. Here's how Team Disney can fix the problem before it's too late.

All was well with The Force five-plus years ago.

Disney purchased the “Star Wars” saga, and all that comes with it, from George Lucas in 2012 for a whopping $4 billion. The media giant had no intention of collecting royalty checks in perpetuity. The space saga would be reborn for a new generation.

Fans the world over held their collective breath. Sure, they lost faith in Lucas following three dispiriting prequels. Could the Mighty Mouse revive the “Star Wars” brand without its father figure?

The dawn of “The Force Awakens” offered some comfort.

“Star Wars” was, indeed, back.

That was 2015. Today, the most recent “Star Wars” installment got shredded by some fans and showed the saga’s commercial weaknesses. The next film tied to the franchise, “Solo: A Star Wars Story,” has more bad buzz than Kathy Griffin’s comeback.

News that both Rian Johnson and the creative team behind “Game of Thrones” will be spearheading two Skywalker-free “Star Wars” series means we’ll soon be inundated by more stories from a “galaxy far, far away.”

Is it any wonder the “Star Wars” brand looks as tarnished as C3P0 after a garbage compactor bath?

The latest “Star Wars” saga introduced something new to the franchise. No, it’s not just those adorable Porgs (more on them in a moment). The story featured female heroes dressing down male heroes in a way that felt … forced. An entire section of the film took aimed at the one percent. In a word, “The Last Jedi” got woke.

And we all know what happens next. Ask the NFL, which saw its ratings sink as players took knee after knee. Check in with Marvel Comics, suffering from serious reader withdrawal after transforming beloved categories to fit our Identity Politics age. Or any awards show facing similar issues.

“The Last Jedi’s” box office fortunes proved far less than “The Force Awakens.” Was that an accident? Will the woke movement impact future stories?

(Spoiler ahead for those who haven’t seen ‘The Last Jedi’)

“The Force Awakens” did more than introduce us to Rey (Daisy Ridley) and Finn (John Boyega). The sequel brought back C3P0, Chewbacca, R2D2, Carrie Fisher’s General Leia and, of course, Harrison Ford’s Han Solo. That made the transition between old school fans and the new generation almost seamless.

Solo didn’t live to see the film’s conclusion, though. Mark Hamill’s Luke appeared for all of a minute. Maybe less?

“The Last Jedi” doubled down on that indignity. The lovable robots and Chewbacca were bit players, nothing more. Luke checks out by the film’s finale, meaning he can only reappear as a ghostly vision in future stories. We won’t see Fisher in any new adventures, of course, due to her tragic passing at the end of 2016.

It leaves long-time fans more than a bit frustrated. Why not keep integrating the classic characters with the new heroes? There’s little to lose with that strategy.

Imagine the parents and grandparents watching “The Last Jedi” hoping to share the characters they loved so dearly with their children and grandchildren.

Now, with multiple “Star Wars” projects in the works we’ll feel even less connected to those original characters.

We’re Too Clever for Porgs (Now)

The Ewoks have taken their lumps from critics and fans alike for 30-plus years. It’s understandable. Lucas’ idea for “Return of the Jedi” not only added a cutesy element to the story but felt like yet another way to force toy-friendly characters into popular culture.

That was then, a more innocent time when people didn’t analyze every frame of a “Star Wars” production. Today, fans obsess about every tiny element in the series. They also can smell a marketing push from a thousand yards away.

The introduction of the Porgs in “The Last Jedi” tripped those senses. Hard. Disney will always make coin on a “Star Wars” project. Do the studio have to be so brazen about it?

The press release announcing the new Benioff/Weiss spinoff series ends with this pithy phrase: “StarWars.com. All Star Wars, all the time.” How appropriate, even if it brings to mind Bill Murray’s crooning the saga’s theme song on “Saturday Night Live.”

We’ve already seen two new “Star Wars” features along with a standalone feature, “Rogue One.” “Solo: A Star Wars Story,” comes our way this May. “Episode 9” will be here in 2019, along with the potential for more spinoffs (Boba Fett? Obi-Wan Kenobi?).

Is anyone crying, “Uncle!” yet? They should. One reason “Star Wars” seemed so special was each episode felt like an event. We had to wait a long time for the next installment. That built a sense of anticipation and mystery.

What’s worse? What does a “Star Wars” movie without the Skywalkers mean? Light saber duels? Blaster battles? At the end of the day the Johnson/Benioff-Weiss stories will be just more sci-fi features with a brand attached to them.

And, as we just saw with the third “Cloverfield” feature, that doesn’t always work out so well.

We Don’t Need No Stinkin’ Back Stories

A sly podcaster once joked that Boba Fett was simply good costume design. He was right. We knew very little about the armored bounty hunter beyond his cool suit. And his hate for Han Solo, of course.

The same holds true for other beloved “Star Wars” characters. Do we need to know Chewbacca’s formative years?

That will be tested with the dawn of “Solo: A Star Wars Story.” Soon, we’ll know plenty of what made the rogue tick prior to meeting Luke and Leia. It could be “Hannibal Rising 2.0,” the poorly staged attempt to milk the “Silence of the Lambs” franchise.

Or, it might be another “Bates Motel,” a thoughtful peek at a dawn of a serial killer.

It’s safe to say it’s a creative gamble that could hurt the iconic character in the minds of millions. Is that a risk Team Disney wants to take? 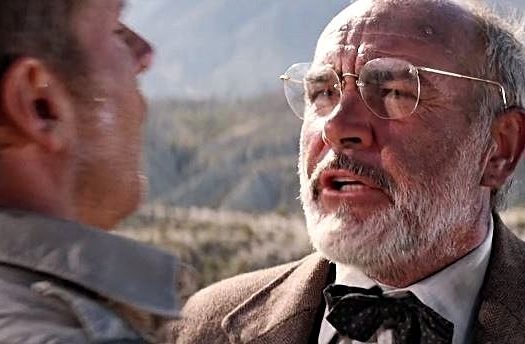 Indy’s ‘Last Crusade’ and the Search for a Higher Power 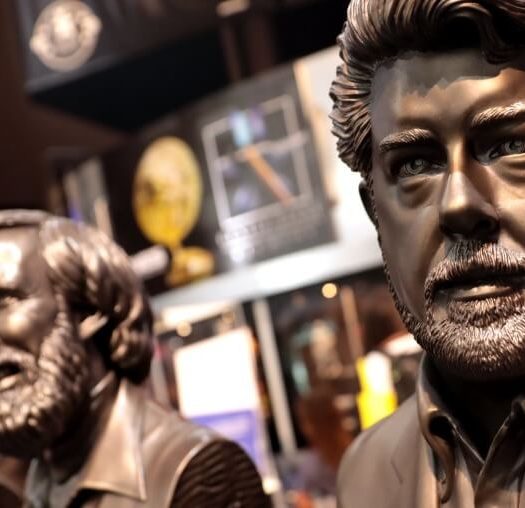