Derided as the “pre-Fab Four,” The Monkees got pummeled by the press during its heyday. To be fair, the band partially asked for it. They were stars on a TV series, not an organically assembled quartet born out of a dingy garage.

They didn’t play their own instruments on the group’s first two albums. Yet it’s the totality of their work – and enduring appeal – that should have silenced the naysayers once and for all.

And yet for all the ink spilled over the recent Rock ‘n’ Roll Hall of Fame feuding, the four Monkees remain on the outside looking in. 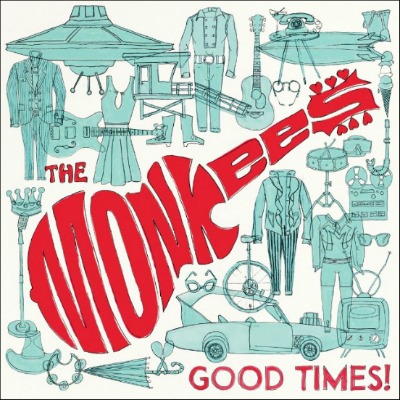 The better late than never credibility keeps piling atop the band all the same.

,” produced by Schlesinger of Fountains of Wayne fame, features collaborations with the aforementioned stars plus newly uncovered material from the ’60s.

It’s merely the latest sign that the rock community embraces both the band and its legacy.

And why shouldn’t they?

RELATED: How ‘Head’ Made Monkees Out of Band’s Critics

What other band helped revolutionize music videos decades before MTV brought them into the mainstream?

The group never fully goes out of style, but the sheer amount of “comebacks” is dizzying. Remember when they took over MTV in 1986? Or, more recently, when reluctant Monkee Michael Nesmith rejoined the band for a successful 2014 reunion tour?

Later this year, the band will celebrate 50 years together with an expansive North American tour.

It’s also worth noting that some of the biggest names of the 1960s ignored the critical comments and embraced the band. Frank Zappa asked Micky Dolenz to be his drummer after the Monkees disbanded. The Beatles hobnobbed with the Monkees, as big a sign of respect as any band could earn.

Success during the Flower Power era didn’t protect Davy, Peter, Micky and Mike from criticism. At their peak the band sold more records than the Beatles and Rolling Stones combined.

Let that sink in.

And let’s not forget the music. Throwaway pop ditties don’t age as beautiful as hits like “I’m a Believer,” “Pleasant Valley Sunday” and “Daydream Believer.” The band’s deeper cuts are just as good.

Fifty years later, this manufactured group has done it all.

It’s almost comical to compare The Monkees’ legacy to other certified members of the Hall of Fame. Joan Jett and the Blackhearts? Ringo Starr (solo)? Donna Summer?

Tour after tour, the Monkees keep rolling on,well into their 70s. That’s more than just nostalgia at play, although audience memories are clearly part of the group’s jet fuel circa 2016.

That means entrance into the Rock ‘n’ Roll Hall of Fame is long overdue.. Gulp hard, voters, and admit reality.