This proud papa's side hustle is racking up millions of views ... and endless laughs.

John Woods has a creative way of processing the chaos that is parenthood.

If you’re a fellow parent, you’re nodding your head in recognition. It’s all rocket fuel for Woodsie TV, Woods’ blossoming YouTube channel. And it’s struck a sizable nerve. His channel boasts nearly 180K subscribers with videos generating up to 11 million views apiece. On TikTok his flock is more than 411.9K strong.

Not bad for a one-man production crew.

“It’s just me, me and my phone and my kids when they want to be on camera,” Woods says.

Creating comedy videos began as way to decompress from his nine to five world in Kansas City.
“It’s pretty heavy sometimes,” Woods says of wrestling the daily news cycle. Making comedy shorts in the beginning let him “unravel a bit and have some fun.”

“I didn’t really have a platform for that kind of thing,” adds Woods, who performed in theatrical productions in both high school and college.

Enter Vine, the now-defunct platform that encouraged micro comic videos. Woods created some short snippets there, but he later expanded to TikTok. 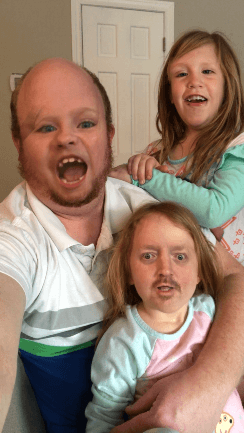 The stars of Woodsie TV, in face swapping character.

“When you’re creative there’s always that little voice in the back of your head … ‘is this funny on a larger scale?’” he asks. “Do other people find it funny?”

He got his answer via some old-fashioned pratfalls. He pounced on the “drop dance” meme, performing a brief shuffle before crashing to the floor. His house instantly “burst” into a fireball as a result.

His audience ate it up.

“It showed me TikTok is the global empire of comedy,” he says. “Stuff that translates well doesn’t have any words to it.”

He posted more videos from there, giving himself a voice in the process. He starred as a man stalked by a baby doll, cooked dinner via stop-motion animation and featured brief snippets of his kids. His editing chops separated him from his less polished peers.

He eventually landed on a more consistent premise – being an overworked dad. The view counts started to rise, and he understood why.

“There was no one I could find that was nailing that kind of humor,” he says, what he calls, “laughing your way through the pain.” He added an extra ingredient, one he calls “creepy but not too creepy.”

A “face swapping” app gave him the tech edge he craved. Soon, “Drunk Baby” was born.

“Toddlers look like drunk little people,” he says. Still, the moniker lacked a family-friendly element – his videos bleep out the very rare bits of profanity. So he tweaked the name – Queen Baby.

For now, his YouTube stardom offers some “extra pocket money” and a few folks recognizing him in public. A person once recognized his voice from another aisle in the store, he says.

The best part of being a YouTube celebrity comes from the fans.

“I love the messages I get from people,” he says, like a father in England whose son has a challenging case of Autism. The Queen Baby videos give their clan plenty of laughter.

“My kids are getting older. I’m starting to run out of material,” he says. “My youngest is four. She still doesn’t grasp what’s going on. My seven-year-old goes around telling people she’s famous.” 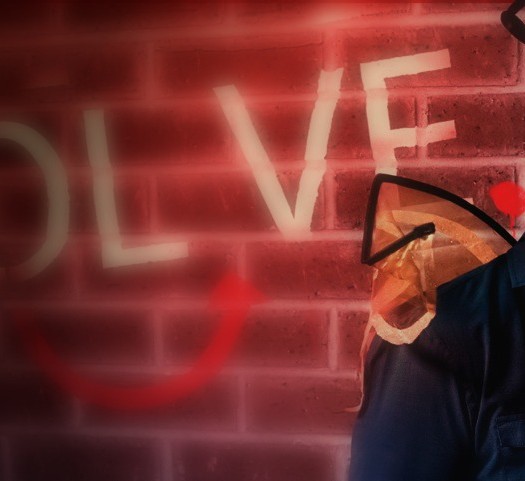 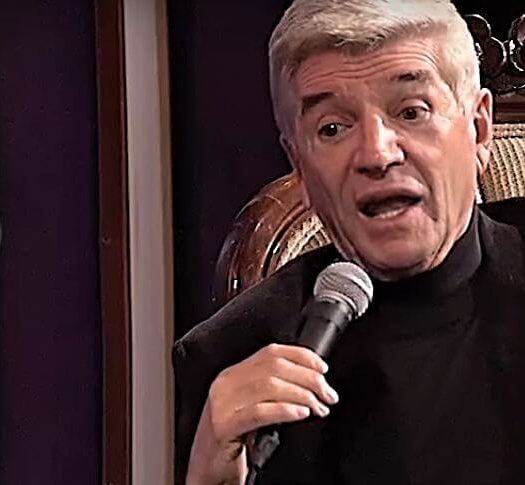