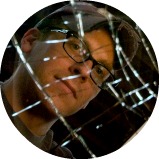 William Dickerson graduated from The College of The Holy Cross with a Bachelor’s Degree in English and received his Master of Fine Arts in Directing from The American Film Institute. He is a writer and director whose debut feature film, “Detour,” was hailed as an “Underground Hit” by The Village Voice, an “emotional and psychological roller-coaster ride” by The Examiner, and nothing short of “authentic” by The New York Times. He self-released his metafictional satire, “The Mirror,” which opened YoFi Fest’s inaugural film festival in 2013. He recently completed his third feature film, “Don’t Look Back,” for MarVista Entertainment. His award-winning work has been recognized by film festivals across the country. His first book, “No Alternative,” was declared, “a sympathetic coming-of-age story deeply embedded in ‘90s music” by Kirkus Reviews. He currently serves on AFI’s Alumni Executive Board and is a Faculty Member at the New York Film Academy. He lives in Los Angeles, California. You can follow him on Twitter and Facebook.