The short answer for me would be “yes.” I would be perfectly happy to give that simple answer and stroll off into the sunset, whistling “The Greatest Adventure” from the Rankin/Bass animated version of “The Hobbit” (thank you, Glenn Yarbrough). But of course that is hardly satisfying, and it really is a question that deserves a thoughtful answer.

The roots of my love of Fantasy run deep. I began reading “The Hobbit” by J.R.R. Tolkien in second grade. It was an escape from a less than ideal childhood and, in that sense, my story is a common one.

Reading of long journeys across the dangerous lands of Middle Earth spoke to my desire to escape. Defeating the giant spiders of Mirkwood and sinking an arrow into the exposed underbelly of Smaug gave me a sense of power and control that I could not exercise over my surroundings. Fantasy literature gave me solace, as it has for so many others. 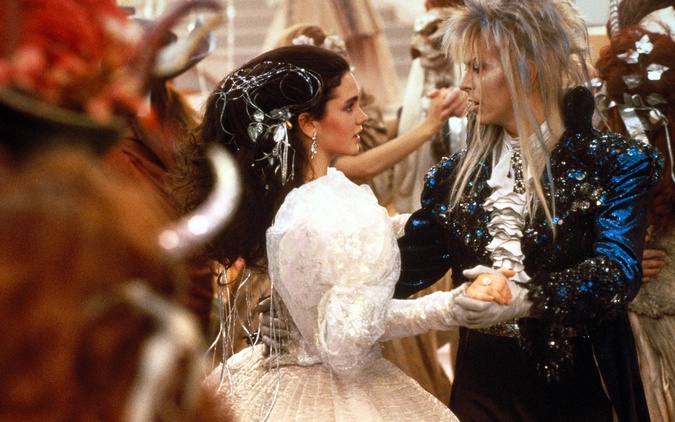 I was fortunate to grow up during one of the golden ages of Fantasy cinema. The Eighties gave us “Labyrinth,” “Krull,” “Willow” and so many other incredible films.

Sitting in those dark theaters opened my imagination to different interpretations of the genre. I saw heroes fight and win in full color amid the din of battle, all served up in 35mm. It was transformative.

Fantasy film and literature also taught me a lesson more important than the solace and escape it offered. It has stayed with me into adulthood and it is why Fantasy still matters: There are still dragons to be defeated. Despotic kings still need to be overthrown. And those things will never disappear.

Rather than be cowed by these facts, Fantasy teaches us that we can win against forces greater than ourselves with the help of a band of trusty friends and the (metaphorical) weight of good steel in our hand. As G.K. Chesterton said: “Fairy tales do not give the child his first idea of bogey. What fairy tales give the child is his first clear idea of the possible defeat of bogey.”

That is why the Alamo Drafthouse film series “Fantastique” was conceived. It is not an exercise in ironic condescension or an excuse to make jokes at the expense of what is on screen. It is a celebration of what Fantasy films represent and a recognition of the gift of the fighting spirit.

I hope that if you are reading this, you will hear the call and answer it. Come join us and we’ll form a band of companions that will journey into perilous lands. We promise that there will be plenty of treasure to line your pockets with.

“Fantastique,” sponsored by The A.V. Club, will take place at 7:30 p.m. the first Thursday of the month at Alamo Drafthouse in Littleton, Colo. The series will feature giveaways, special guests, food/drink specials and live music. The 1986 cult classic “Highlander” kicks off the series April 2 featuring best-selling fantasy author Carrie Vaughn as guest co-host. She will give away signed copies of her latest novel, “Low Midnight,” courtesy of Tor Books.

Frank Romero is a co-founder of Denver Comic Con and Comic Book Classroom. He has contributed pieces to Hybrid Magazine and Westword. When he’s not slaying dragons, shooting power beams from his eyes or piloting rogue space freighters he dreams of losing himself in an endless cubicle farm. That last sentence should probably be reversed but we’re going to let it stand. His one aspiration in life is to roll the Perfect Natural 20. Occasionally, he can be found lurking 140 characters at a time on Twitter using the handle @causticgnostic.