That trend seems firmly in place, too. Studios like Marvel and Warner Bros. packed their schedules with superhero movies through 2020. Let’s not forget the superheroes on the small screen, from Netflix’s “Daredevil” to the CW’s “Arrow” and “The Flash.”

Like literary characters that refuse to leave pop culture, Batman, Superman and Captain America have been fighting their way through the splashy pages of comic books for decades.

RELATED: Evans on Superhero Films: Please the Fans … or Else

Comic books have not only inspired generations of filmmakers and provided the basis for today’s most popular entertainment, but they are still alive and well in 2016. Even indie comic book companies, shops without household names like “Batman” or “Spider-Man,” are thriving.

Though it can be difficult to find a brick and mortar comic stores beyond television’s “Comic Book Men,” they are out there, and they provide a Mecca for all things geekdom.

Zimmie’s Comics, located in Lewiston, Maine, is one such place.

Its beginnings are as humble as those that once birthed what would be become billion dollar franchises.

“I didn’t jump into the store right off. I had a little hole in the wall for about three or four months,” says Zimmie’s owner Daniel Bailey, a comic and genre fan himself who brought the store to life in 2013. “I had a little office space where I solely used Facebook to communicate with customers…I just did a delivery thing.” 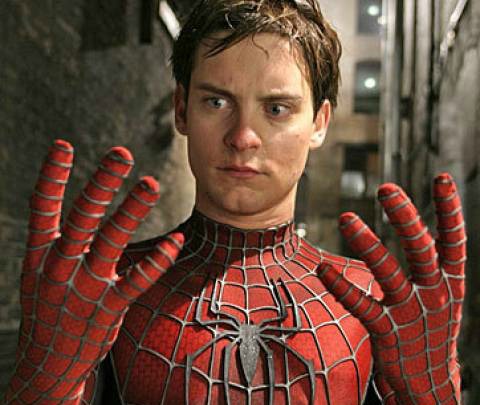 With his motivations set towards one day owning a comic shop, Bailey hit the streets until he could find a space affordable to a young entrepreneur.

After finding such a location, Bailey breathed life into a corner of culture his town didn’t even know it needed. Today, Zimmie’s Comics is a proud fixture in Lewiston and a place where comic lovers, aficionados, and layman can discover the world of comic books. The store also helps customers who appreciate tabletop gaming like Pokemon and Dungeon & Dragons.

Zimmie’s has a loyal following, and the store taps into a crowd not normally catered to by most brick and mortar outlets.

As for the struggles of selling physical books in 2016 where the Internet rules, Bailey says it doesn’t affect him much in terms of comic sales.

“Most people still want the physical medium,” he says.

Bailey’s customers are mostly drawn towards digital comics when it’s helpful to their circumstances, like taking a vacation or being on the road. The real worry, he says, is one the whole business feels.

While it’s true people who let their geek flag fly usually need that income to make it happen, the world seems ready to fork over cash to their favorite heroes. It’s not always just the blockbuster movies, either. Books like Frank Miller’s current “Dark Knight Returns III: The Master Race” sold more than 440,000 copies of its first issue.

The Flash may be wounded beyond aid in the preview of DARK KNIGHT III: THE MASTER RACE # 5. https://t.co/FWQ7jboCf9 pic.twitter.com/3WtLrBuwyQ

Bailey says it’s important for people to realize the influence comic books have over their adaptations. In short, the printed page is often superior to the big-screen model.

He says the books are “more cohesive…in terms of a movie, you get just snippets.”

“I’m tasked with telling them, the cast you see in the movie are not the same as the ones you’re going to see in the Avengers book,” he says.

Still, it’s a good world for a comic shop to be in when people are inspired to pick up decades old work that once inspired people like Bailey.