How does Obama do it? She flashes her charm and ease in front of the camera. She also makes it a priority to appear on as many TV shows and related properties as possible.

Obama opened up about her approach to pop culture in a new Variety interview.

“What I have never been afraid of is to be a little silly, and you can engage people that way … my view is, first you get them to laugh, then you get them to listen. So I’m always game for a good joke, and I’m not so formal in this role. There’s very little that we can’t do that people wouldn’t appreciate.”

Her recent Carpool Karaoke segment on “The Late Late Show” put the spotlight on more than her singing skills. She mentioned Let Girls Learn, an effort by her husband’s administration to connect girls to educational resources.

The song they sang in the car, “This Is for My Girls,” is the program’s anthem.

Here’s the First Lady describing why she went to all that effort.

Obama explains that as she launched the initiatives, she knew it would take “reaching people where they lived on a day-to-day basis, and the next step was, ‘How do you do that? Where are the people?’ Well, they’re not reading the op-ed pieces in the major newspapers. They’re not watching Sunday morning news talk shows. They’re doing what most people are doing: They are watching TV.”

Of course, Obama has an advantage over her GOP predecessors. She’s a progressive activist married to a Democrat. That means the wheels of the entertainment industry spin easily on her behalf.

Nancy Reagan famously appeared on “Diff’rent Strokes” to pitch her “just say no”  anti-drug program. And Hollywood didn’t erupt in outrage over the appearance – even if many critiqued its effectiveness. 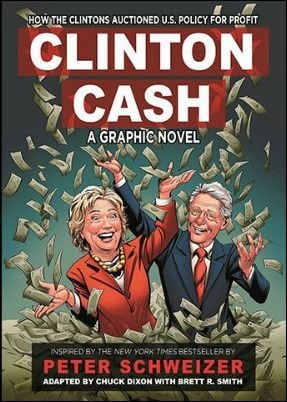 This doesn’t mean Donald Trump should do a lip sync battle with Jimmy Fallon any time soon. Being presidential still matters, even if Michelle Obama’s spouse gave an interview to a YouTube star known for eating cereal in her bathtub.

Here’s betting the First Lady winced over that media decision.

Conservatives still have trouble engaging the public on the pop culture front. There are exceptions, of course. “Clinton Cash: A Graphic Novel

” is a hot seller, and it’s aimed at a different audience than one a white paper would reach.

That success should tell GOP-friendly types something. Michelle Obama’s pop culture charm offensive should, too.