Now, the comedy’s fan base is having the last laugh.

“Entourage” followed a rising movie star (Adrian Grenier) and his coterie of chums (Jerry Ferrara, Kevin Dillon and Kevin Connolly), a story that hued closely to the bromance template. That, plus the cast’s undeniable chemistry, powered the comedy for eight raucous seasons.

What the show’s creative team couldn’t anticipate, alas, was the rise of woke culture.

It’s a big reason the 2015 film version of the series got slammed by critics, witness its 33 percent “rotten” rating at RottenTomatoes.com. Here’s one toxic example, from the liberal Guardian review of the film:

…a swath of self-congratulatory celebs flash their smug mugs in a world so grotesquely chauvinistic you want Imperator Furiosa to arrive in a War Machine and nuke the place. Believe me, The Human Centipede was more sensitively attuned to issues of gender politics. And it had better jokes.

BuzzFeed’s review headline says it all: “Entourage” Is A Movie About How Great It Is To Be A Rich White Guy In Hollywood.

Suddenly, being a guy who did guy stuff with his best guy buds who happen to be white wasn’t acceptable. Too much “toxic masculinity” and “white privilege,” to these cultural critics.

It didn’t help that the film performed weakly at the box office, all but crushing the show’s future. Perhaps the “Entourage” story had, indeed, run its creative course.

A recent episode featured a pair of TikTok superstars receiving career advice from someone who’s been there, done that and got roasted along the way – guest co-host Charlie Sheen.

Now, the audio show is taking the leap to streaming. On April 29, the podcast will be part of Ficto.tv, a free streaming service. The new program will feature the hosts along with animated sequences and other content from ActionPark Media.

Watch along as the hosts dive into the ins and outs of the Hollywood machine, chat about the latest breaking news and, of course, reminiscence on the wildly popular series along with special guests including Jerry Ferrara, Jeremy Piven, Emmanuelle Chriqui, and more.

“Entourage” offered a very rough equivalent to “Sex and the City,” a show made for women who longed to see their dreams come to vivid life. Rich boyfriends. Massive walk-in closets. Endless Appletinis. Galpals who didn’t stab them in the back but had their backs at every turn.

There was nothing wrong with “Sex and the City,” and the same holds true for “Entourage.” 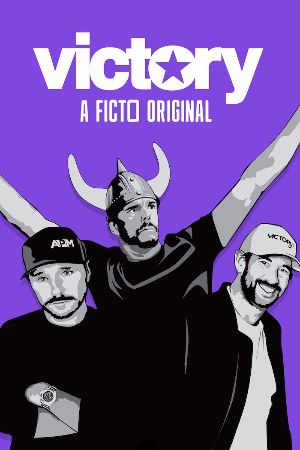 Dillon is on board with new “Entourage” episodes, and it sounds like Ellin could be convinced, too.

“I’ve been working on Doug for a long time and finally he said, ‘I would maybe consider a reboot of Entourage.’ Wouldn’t that be cool? All the actors want to do it as well.” [Dillon said]

“I am considering my consideration,” Ellin responded on Instagram. “We are growing and the love for Entourage is definitely on the rise. I appreciate each and every one of you.”

Ellin says the podcast’s sweet success says something beyond any personal ambitions.

“I’m going to become a successful businessman and then buy the rights to Entourage”, he said on the Victory! Podcast. “We’ll make a reboot after that. This world needs Entourage more than ever.”

The only thing holding a possible “Entourage” reunion back, Ellin notes, is HBO. Would the channel greenlight a show featuring four straight white males, reeking of so-called privilege, in the current woke climate?

We’ve already seen one broadcast network nix a “well-written” pilot because it focused on a white family.

In that environment, the “Entourage” “Victory” tour could be short-lived.