I’m paraphrasing a bit, but Paley was a stickler for not messing with the viewer by changing around the times and days of programs. That was especially true for the national news, which came on at 5:30pm (MST) for decades.

Scheduling might not matter as much in the age of DVRs and the Internet where there are literally thousands of channels. Yet Sundays are still the best day for drama, Thursdays perfect for comedy and Fridays a fine choice for shows like “The X-Files.”’

What about news programming? Does it matter when and where we get our news?

We’re getting our news from a variety of sources today, although my friend is more aggressive than most consumers. Yet there was one name missing from his otherwise comprehensive list:

If you’re not familiar with VICE, it’s a cocky little news start up run by the talented and driven Shane Smith. VICE first came to my attention way back in 2010, when they ran a story on, and I kid you not, “Icelandic Elf Sex.” Yes, yes they did.

It’s the kind of wacky reporting that caught the eye. The more time I got to know Smith and his gonzo style of journalism, the more I knew he was a major talent. Vice Media has recently been valued at more than $2 billion. Like pioneer Gawker Media, VICE has a number of channel (Fightland, Munchies, Thump, etc.) and has become one of the most trusted names in news business for Millennials.

So, it was no surprise when HBO partnered with VICE in 2014. Together, they launched a 30 minute show each week following “Real Time with Bill Maher.” “VICE” featured the same kind of surprising, fresh takes on news like “Icelandic Elf Sex,” albeit a bit more serious. The program did well enough that it now has a weekly evening news slot on HBO.

HBO announced recently that Bill Simmons’ show, “Any Given Wednesday” would be canceled. Could “VICE” soon to follow? I think so, and here’s why.

Let’s look at “Any Given Wednesday” and why it failed: Simmons is a huge talent with a strong following. The show featured top sports talent and A-list entertainment stars along with an interesting format that moved quickly.

The content was rock solid. So why, then, did it fail?

Was it because it was based on sports? No, Showtime’s “60 Minutes Sports” is an excellent program and tells really amazing stories each and every week. That can’t be it.

Was it because it was on a Wednesday night? Maybe. It’s possible that had HBO created a “sports night” on Wednesday with “Hard Knocks” and “March to Madness” alongside it might have fared better.

I believe it comes down to Urgency and Agency as the primary drivers of news.

All of the new sources listed above have Agency. That means giving voice to what an audience believes and values. Sunday night is my busiest night of television watching, and so I miss John Oliver’s “Last Week Tonight.” I’ll pick it up during the week because the Agency is so palpable.

Agency is timeless. We care about it no matter when we see it.

Urgency is different. Urgency is like milk you need to drink it before the expiration date. Most news is urgent, “This happened today…”

Showtime’s “The Circus” (a political news program with Mark Halperin, John Heilemann and campaign strategist/media advisor Mark McKinnon) had a “must see” moment a few weeks ago when they captured current VP Biden saying he’d like to fight Donald Trump in a back alley.

You might hate the spectacle, it did create a sense of Urgency. Millions of viewers went back to find the episode.

For a news program to be successful it must have both Agency and Urgency.

Sadly, “Any Given Wednesday” had neither.

And while HBO’s “VICE” has a bit of Urgency it’s not anything that’s not being covered better and faster by the 24 hour cable networks. Right now, it’s missing the Agency that the weekly program once had.

HBO and “VICE” need to go back to its maverick, gonzo-style of journalism, let Shane Smith be Shane Smith, and do a stories like “Icelandic Elf Sex” or follow the lead one of my favorite sources of news — Cracked Magazine. Compare its brilliant running post on “The Most Insane Things Happening Right Now” — versus the very timid and traditional news programming “VICE” is putting up now.

If not, I can’t imagine it being around this time next month.

Psst, HBO: What About This Sexual Harassment Case?

Read More
Psst, HBO: What About This Sexual Harassment Case? 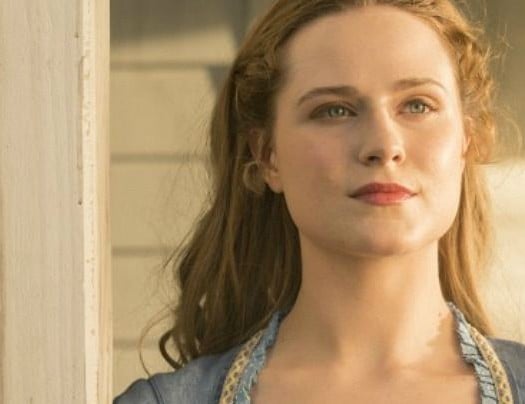 HiT List: Is Rape Now Off Limits in Stories?