By Carl Kozlowski  •  7 months ago

The veteran comic says he wishes he never stepped foot on the stage of Donald Trump's reality show.

There are few comedians who can last decades in the touring business without going on autopilot.

Yet Sinbad— who shot to fame in the 1980s on the “Star Search” talent competition series and the sitcom “A Different World” – takes pride in performing a completely different show every single night he takes the stage.

Part of that stems from his unparalleled ability to tell funny stories and interact with his audiences to great effect. But in recent years, he’s also embraced his lifelong love of music and started performing fun funk songs with a live band during his shows.

“To really succeed, whether in sports, plays or music, you have to have a style,” says Sinbad, on Twitter @Sinbadbad. “I like telling stories, and my dad was a preacher so I really noticed the parables in the Bible. I think you can say more with stories because stories are more real. Richard Pryor and Robin Williams were storytellers. Who’s the popular cat at work? The guy who can tell great stories.

Born David Adkins in Benton Harbor, Michigan, Sinbad first jumped into standup comedy while stationed at McConnell Air Force Base in Wichita, Kansas in 1981. He would often travel downtown to perform stand-up comedy and was a comedian/ MC in the base’s talent contest, but that mischievous spirit nearly landed him a dishonorable discharge for various infractions including going AWOL. He claims he was finally discharged “for parking my car in the wrong position.”

As he hit Hollywood, Sinbad quickly decided to perform clean comedy, and the decision paid off by making his act suitable for television. He defeated fellow future-famous comic Dennis Miller along the way to landing a second place finish on his season of “Star Search,” and scored his three-season role of Coach Walter Oakes on the Bill Cosby-produced “World” a couple of years later.

“I didn’t work clean because I was the son of a preacher, and I was dirty when I started,” recalls Sinbad. “My dad came to a show one night and the comics ahead of me were so dirty it wasn’t funny. I brought high energy and made people laugh and they didn’t even realize it was clean.

“I put myself up against anyone – I can take a dirty joke and make it dirtier or cleaner,” he adds. “I’m a technician. Hollywood says that being clean is being soft. On the road I was just a comic, but then I get to Hollywood and they made me the family man, the all American. I’m not really that guy, but give me an opportunity and I’ll take it and go toe to toe with anyone.”

Indeed, Sinbad ran with the opportunity to be both a family-friendly comic and an African-American role model. He earned praise for presenting a positive portrayal of black fatherhood in the Fox sitcom “The Sinbad Show,” an image he fought hard to portray because of his own life as a devoted father to two children and long-lasting marriage.

The sitcom lasted for one season, but he was quickly propelled to the big screen, earning starring roles in movies including “Houseguest,” “First Kid” and “Jingle All the Way” throughout the 1990s.

While his movie-star run ended in the 2000s, Sinbad has continued to pack clubs and theatres with his stand-up act and earned a sitcom comeback last season with a regular role on the Fox sitcom “Rel” as the title character’s father.

One other show of interest that he was involved in was competing on a season of “Celebrity Apprentice” under Donald Trump. His experiences there led to some interesting recollections of the now-President.

“I go further back with him than that, because. I used to perform at Trump Casinos in the ‘80s,” he recalls. “He’s always been a jerk and selfish. New Yorkers let him get away with too much, like a baby that doesn’t get corrected and it grows up a nightmare.

“’The Apprentice’ was supposed to be a joke, picking a guy who was bankrupt multiple times and letting him tell people they’re fired,” he adds. “I should have never done the show, but they said it was for charity. But you get on, and charity was last thing on his mind. He just loves the fights and to stir things up, and to get entertainers he thinks are over around him, so he can act like he’s better than us.”

Sinbad has emerged victorious in life, with a three-decade marriage and a ranking among Comedy Central’s top 100 comics of all time. He loves performing what he calls “Funkedy/Jazzedy” with his band including a horn section, but he has learned to play guitar, bass, trombone and trumpet himself in addition to currently learning keyboards and how to use “a foot pedal mixed with DJ technology” to play many instruments himself.

“The key to lasting is that you look at great athletes like Lebron James, musicians like Quincy Jones,” he says. “I think you keep honing it, never stop. I will outwork you, even in my music. I don’t think I ever catch people on music but I will out entertain you.

“The good thing about this age if you’re not dead or a drug addict, all those hours make it easier when you walk out on stage, so that you can deliver with ease and not in a wheelchair,” he concludes. “I’m not jaded. How can I mutate without losing me? How can you be relevant in this time without losing your own style? That’s the question to always answer.” 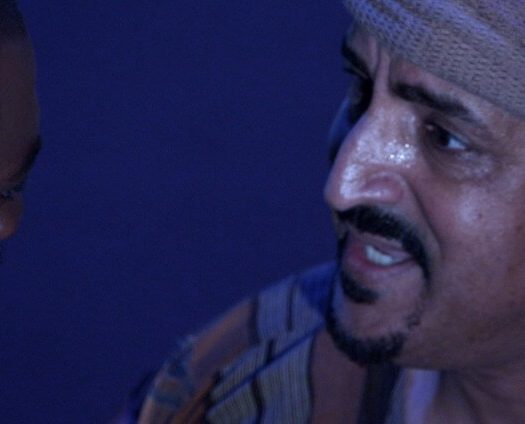 ‘Revival!’s Taylor Keeps the Faith On and Off Screen

Read More
‘Revival!’s Taylor Keeps the Faith On and Off Screen 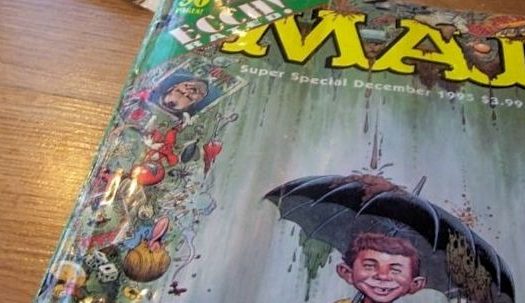