The "Wicked Game" crooner delivers night after night, and here's what you can expect from one of his shows.

Chris Isaak is a touring machine.

At 61, the troubadour hits the road virtually every year with a songbook bursting with gems. This summer proved no different. He doesn’t have a brand new album to promote. No matter. He’s touring the country all the same, delivering a precise, joyful set for fans new and old.

So what do you get with a live Isaak show? The following tell-tale signs say it all.

You never have to worry about the lyrics or between song banter coming from the stage. Isaak and friends keep the proceedings family friendly. Some slight innuendo aimed at his band members’ love lives is as “tawdry” as it gets.

Thank You … Thank You Very Much

The lead singer can’t stop feting his fellow musicians. During the July 28 show at the Hudson Gardens in Littleton, Colo. Isaak gave a huge introduction to his fellow musicians … within the first two songs. They’ve been together 32 years, and it shows in the best of ways. Those shout outs don’t feel perfunctory. It’s genuine.

Are the jokes off the cuff or part of the rigorously rehearsed routine? Hard to say, but here’s betting a good chunk of the humor is canned for our amusement. It hardly matters. Isaak brings his theatrical chops to the stage each performance. Remember his charming Showtime series “The Chris Isaak Show?” Or his darker turn in “The Silence of the Lambs?” He delivers his lines, staged or improv-generated, with aplomb.

Nary a False Falsetto

Singers’ voices often show some wear and tear on tour. Their instrument, pushed every night, can only duplicate the hits so religiously. Isaak’s voice seems as ageless as the singer himself.

This critic has seen him live seven times and can’t remember a single cracked note during that span. It may happen at other stops on the tour. Here’s betting those false notes are the exception proving the rule.

Isaak’s fan base isn’t as young as it once was. That’s being delicate. The singer’s biggest burst of fame came when “Wicked Game” caught fire on both MTV and the music charts around 1991. So it’s natural his concerts wouldn’t have Millennials wrangling for space in the front row. His style also makes a difference. Isaak leans heavily on retro rock sensibilities, an aesthetic that confounds today’s teens.

Self Deprecation on Steroids

We’d all like to look as good as Isaak does at 61. Or 51. Even his crooked nose, a victim of his early pugilistic days, works in his favor. He’s still relentlessly, cheerfully self-deprecating in concert. And, while some stars attempt a similar tone with mixed results, the singer’s self deprecation comes certified gold.

No Politics, No Problem

What does the San Francisco native think about President Donald Trump? Health care reform? The wall? Darned if we know. Isaak leaves the political fights behind when he hits the stage.

Need a break from our toxic political culture? Here’s your answer. It’s just the songs, ma’am, and it’s refreshing now … more … than … ever.

The Ghosts of Rock Music Past

Isaak owes plenty to the legends of rock and soul. Think Elvis Presley, Jerry Lee Lewis, Johnny Cash and Roy Orbison. Some stars wouldn’t go near those singers’ songbooks. Their shadows are too lengthy, too intimidating. Isaak can’t help but pay tribute to them in concert. It’s a display of raw affection, but it also yields some catchy covers. No one can out-Cash Cash’s “Ring of Fire,” for example. The song remains sturdy enough for any number of incarnations. 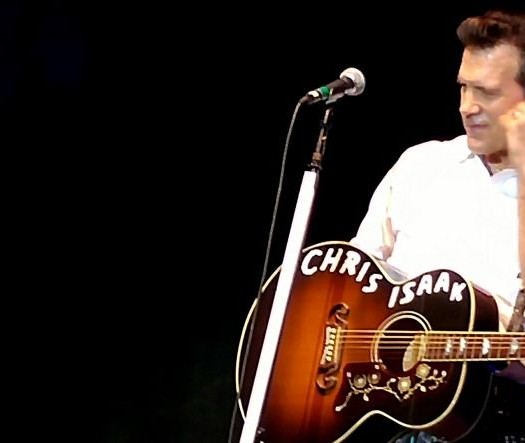 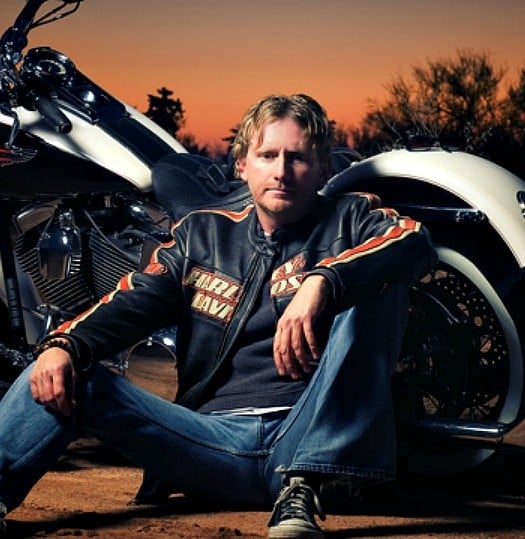