No one truly knows what happened between Brett Kavanaugh and Christine Blasey Ford many years ago.

You can read my lengthy thoughts on the saga, but it’s intriguing to recall the role memories play in our lives. It’s complicated, to say the least. Memory gives us meaning and context. Tradition is a form of memory. So are religion and politics.

Memory is everywhere. It shapes our world. 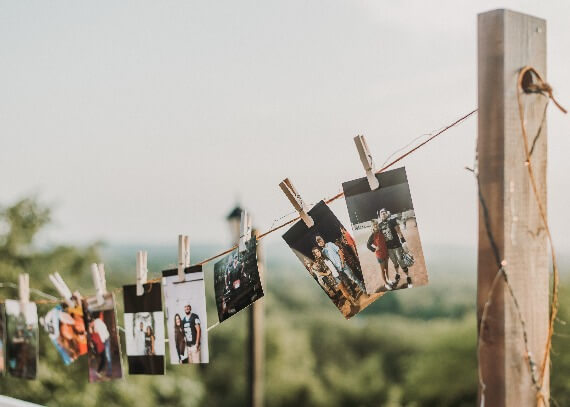 And yet a person’s memory is notoriously slippery. Our confidence in memory is only trustworthy when tied to a healthy humility about its defects.

It’s not a tape recording that we can access with a VCR (‘member those, Millennials?). Memories are hazy, emotional impressions. Sometimes they feel very precise. But it only takes being wrong about a memory a couple times for most people to realize their memories aren’t 100 percent reliable.

The truth is that memory is not a great guide regarding details or specific facts. It’s emotional and impressionistic.

To demonstrate this I present a personal anecdote about David Fincher’s crime thriller “Se7en.” This film is brutal and raw, disturbing and moving. And it’s aged very well, mostly because Fincher adheres to Alfred Hitchcock’s maxim that the less you show the more the audience is affected by hidden horrors.

After watching “Se7en” for the first time in college I was convinced I could see a certain scene with perfect recall in my mind’s eye. This scene was burned like a cattle brand into my soul. The following description is disturbing but necessary to make my point about memory.

Behind him on the bed lies a dead woman also covered in blood. Her genitals have been completely destroyed. The implication is obvious. “Se7en” gets is name from the seven deadly sins listed in the scriptures as things God hates. A serial killer is performing thematic murders around those sins.

For gluttony he forces a man to eat himself to death. And for lust he makes a man to kill a prostitute with intercourse.

How Unwanted Memories Stick Around

This image wouldn’t leave me for months. Anytime I had a sexual thought this image would invade my mind like a conquering army. I thought, “that really was a brilliant film, but that one scene probably took it too far.”

I re watched “Se7en” for the first time a few years ago. And when this scene arrived I was shocked to find … it didn’t exist.

But I could see the images in my head. It had been in the version of the film I had watched in college. I remember talking to a friend about that scene. He had watched it independently from me. We both agreed it was one of the the most horrific things we’d ever seen.

Let’s Go to the Videotape

I decided there must have been different cuts of the film. But I hadn’t heard of a different cut anywhere, and the Internet did not yield the results I wanted. Besides “Alien 3” I don’t think Fincher has ever done a different cut than the released version. But I had seen what I had seen. It was there, as plain as day. Besides I had talked about it with a friend … right?

Upon purchasing the “Se7en” Blu-ray I was delighted to find that Fincher had recorded four different commentary tracks! They helped me find the solution to my memory problem.

On the main commentary track Fincher describes being at a party with film glitterati types after the movies release. He was an up and coming talent at the time, and a critic approached him to discuss how unnecessary the gore and violence was in “Se7en.”

But Fincher explained there simply isn’t that much explicitly shown in the film. Fincher had read this critic’s review and was very confused.

This is a common occurrence with “Se7en.”

Fincher did such a good job conveying the disturbing nature of the murders without showing much. This was especially true of the lust-based murder. Many people remember more about that scene then actually exists.

All that is shown is the lead up to the room and then we are brought back to the police station. There the poor man who had been forced into the grotesque situation describes what happened. The combination of music, sound effects and excellent performances created the impression in many that they had seen something they simply had not.

This false memory is still with me to this day. I can still “see” something I never actually saw. The emotions created by that manipulative film moment were so powerful that they remain etched in my mind, no matter that the film itself tells me something different.