The founder of ScreenIt.com has been helping parents make informed choices on what their children see for the past 18 years.

Judy touched base with HollywoodInToto.com to share his site’s growth, his favorite movies of the year and what keeps parents up at night when it comes to movie content.

HollywoodInToto.com: You created Screen It in 1996, which is like a hundred years in New Media terms. How different is Screen It today than during those first few months?

Jim Judy: Well, when I first started it was under AOL and Brandon Tartikoff’s “Entertainment Asylum” portal, followed by being ad supported during the dot-com boom, and then subscriber-based since 2004 (with a free trial period). So from the business side, things have continually changed. From a review side, I’m certainly writing more content notes than in years past. I’ve probably become a bit more jaded over all of those years and writing all of the reviews, mainly due to seeing so many bad and/or repetitive films.

HiT: What concerns parents most today about the content their children could potentially see? Has that changed through the years or stayed fairly consistent?

JJ: It still appears to be sexual content and nudity, which holds true for American viewer concerns over all of these years – unlike most of the rest of the world where violence is the biggest concern.

HiT: The argument over how R-rated content impacts our culture continues. Have your opinions on the matter changed via your work on ScreenIt.com … where do you stand on it today?

JJ; It’s interesting because the vast majority of the best artistic films are rated R. The content has certainly increased in terms of quantity and degree of what’s showing up in R-rated films, and there’s certainly some impact on youth behavior via what they see on the screen. But the greatest influence on affecting young minds clearly resides with video games (as they’re an active rather than passive viewer/participant experience).

HiT: Why haven’t we seen productive changes to how the MPAA reviews movies? Do you have gripes about the current system?

JJ: As it was when I first started Screen It, it’s still a case of the fox guarding the hen house (the MPAA makes most of its money from participating major studios and is designed to protect their interests, not that of families despite what they say). Much like the sliding social mores on TV, more R-rated content is appearing in PG-13 rated films. While it’s both amusing and sad that, in most cases, as there have been exceptions, one F-word gets a PG-13 rating and two earn an R. What sort of logic is that? And I’m sure no parent in America understands what it means when a film is “rated PG for thematic elements.”

HiT: How has your background in screenwriting impacted your film reviews?

JJ: That mostly affects my artistic takes on the films I review. I’m a big stickler on anything that takes the viewer out of the film experience (due to story problems, character incongruities, etc. I usually spot how some simple script tweaks could have remedied such problems … and wonder why they weren’t enacted in the first place.

HiT: We’re living in a golden age of television with film taking a back seat in terms of quality. Agree? Can quality TV put pressure on filmmakers to improve their game?

JJ: I completely agree, and any party conversation proves that. How many people say, “I just watched this great movie” vs. “I’m watching ‘Breaking Bad/Game of Thrones/Orange Is the New Black?'” While I wish Hollywood would up their game to compete, the fact that the majority of revenue now comes from overseas markets likely means most films will be “dumbed down” so that they can play everywhere (meaning lots of comic book movies and other big-budget blockbusters). That said, I still find it amazing that a TV show can pump out week after week of great writing, while many movies — with more time and money involved — are mediocre or horribly written. 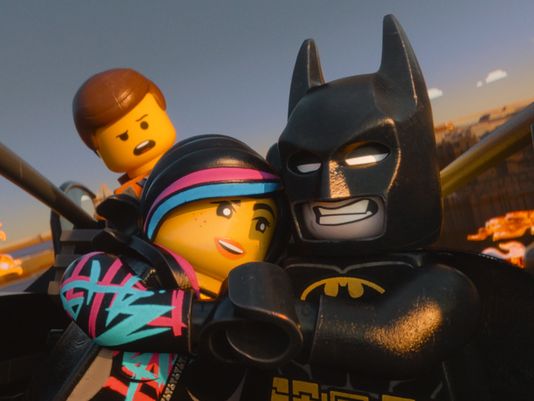 JJ: For an animated film, it’s “The Lego Movie” that completely took me by surprise by its wit and heart … neither of which I expected when I first heard of it getting the green light. “Big Hero 6” is also up there.

For a live action film, it’s (as of now) “The Imitation Game.” I have a fairly accurate track record of walking out of a press screening and declaring the year’s Best Picture Oscar winner, and that’s what I did for this pic. “Birdman” is also up there, as is “Gone Girl.” Neither film, alas, is suitable for kids.