It’s no secret that a good movie trailer can bring out audiences to a not-so-good movie. That’s part of their job.

But sometimes trailers are so iconic and memorable they withstand the test of time better than the lackluster films they represent.

Here are three particular standouts from the sci-fi/superhero genre:

Back in the summer of 1990, the mysterious question, “Who is Darkman?” appeared on bus benches and public transit systems across the country. The mantra soon turned up in a teaser spot shown at the end of late-night television shows like “American Gladiators” — a less than ten-second clip with soaring music and back-to-back scenes of a dark, bandaged up figure (wearing a hat and trench-coat) running through whizzing bullets and spectacular rooftop explosions.

The guy even hung from a rope under a helicopter before crashing through a high-rise window.

The commercial was so fast and wicked that viewers could barely grasp what they had just seen. Was this for a movie? A television special? Who is Darkman?

These questions were answered when the full-length trailer hit theaters, featuring a relatively unknown Liam Neeson taking on the title role — a scientist turned disfigured crusader, after bad guys blew up his laboratory (with him in it).

Though the plot didn’t seem particularly complex, the film had a dark and gritty look to it. It felt like something original, perhaps the next evolutionary step for superhero films. What was shown of the stunt-work and other action was breathtaking, and with director Sam Raimi (of “Evil Dead” fame) at the helm, fans of multiple genres were pumped.

The film couldn’t deliver on the hype.

By the end of the opening scene (a corny warehouse shootout that included a thug hopping around on one foot while his giggling buddy borrowed his prosthetic-leg-machine gun to kill dozens of people), something was already amiss.

Things didn’t get better. The camerawork was neurotic, the music score was more suited for a 1950s detective show, the bad guys were unbearably goofy, and too many scenes were laced with weak comedy.

Also, the pacing was slow — very slow. “Darkman” was marketed as an action film, but the action really didn’t get going until nearly an hour in. And even then, those exciting scenes from trailer were marred with comedic absurdities.

The film seemed intent on injecting self-deprecation into otherwise thrilling moments, as if Raimi were begging audiences not to take his work seriously (and not in a cool, “Evil Dead 2” sort of way). The closing narrative pretty much summed up this garbled mess of a movie: “I’m everyone. I’m no one. Everywhere. Nowhere. I’m Darkman.”

Still, the film enjoyed some commercial and even critical success, spawning a couple of straight-to-video sequels. And of course, Raimi and Neeson went on to do much bigger and better things.

Fans of the “Alien” movies believed the franchise had ended in 1992 thanks to the widely-panned box-office disappointment “Alien 3.” Aside from the film failing to capture the magic of the first two, it ended with the iconic Ellen Ripley (Sigourney Weaver) falling to a fiery death. A dead main protagonist doesn’t typically accommodate future sequels.

So five years later, moviegoers were caught off guard when a short trailer (just over a minute long), that began with the eerie voice of a young person singing “Twinkle Twinkle Little Star.” The franchise was, indeed, back. And the new installment looked freakin’ awesome.

Not only was Weaver returning to play Ripley, but she was also joined by cult-film favorites Winona Ryder, Ron Perlman and Michael Wincott. The trailer teased another epic, guns a-blazing battle with everyone’s favorite acid-bleeding extraterrestrials.

The teased scenes mirrored the aesthetic style and backdrop of the second film, fueling speculation that director Jean-Pierre Jeunet had gone the ballsy route of ignoring “Alien 3” altogether (perhaps making it merely a bad dream in space-hibernation), and picking up where 1986’s “Aliens” had left off.

But it became clear early on in “Alien Resurrection” that the third film was still part of the larger story, and that the new Ripley was a clone of the deceased one — only largely emotionless and with super-human strength (thanks to some creative and quirky military-funded scientists).

The premise was hokey, but it could have worked if there had been some depth to the other characters (and to the story, for that matter).

The dialogue (mostly tough-guy talk) was shallow, none of the characters were particularly sympathetic and the entire movie took place aboard a single space-vessel. The restrictive set was apparently due to budget constraints, according to writer Joss Whedon, who later disowned the project.

The original script had placed the third act’s final battle on Earth, but the end result was a much narrower story: a band of mercenaries trying to make it from one end of a damaged, alien-infested spaceship to the other… without dying.

It was like a futuristic “Poseidon Adventure” but without the emotional investment. “Alien Resurrection” ended up grossing even less at the box office than the previous film had.

An image appears of a man in tattered clothing, drifting lifelessly underwater with his arms spread out like Jesus nailed to the cross. Distorted fire from an explosion hovers above. Deep, mournful female vocals lead to an intimate conversation between a boy and his mother:

“Then make it small. Focus on my voice. Pretend it’s an island, out in the ocean. Can you see it?”

The woman is actress Diane Lane, kneeling outside of a locked school closet. Her young son is inside, sitting against a janitor’s mop with his hands pressed to his head and a tear running down his face.

The man in the water opens his eyes.

The spiritual themes of nature and transcendence are reminiscent of a Terrence Malick film, but when the boy (now a little older) is shown saving a school bus full of children by single-handedly pushing it out of a river, it’s clear that we’ve entered a different genre.

“You have to keep this side of yourself a secret,” says Kevin Costner, approaching a pickup truck and looking like he just stepped out of that “Field of Dreams'” cornfield.

“What was I supposed to do, just let them die?” the boy asks.

If the audience hasn’t figured out by now that they’re witnessing the origin of Superman, it’s made abundantly clear when a caped figure walks slowly across a frozen tundra. He kneels, presses his fist against the ground (causing the earth to shake), and then takes sudden flight… straight up into the heavens as the music erupts.

There were ultimately three trailers created for 2013’s Man of Steel (the second reboot of the Superman film franchise). This was the second one — not only the best of the three, but easily the best superhero movie trailer ever made.

The tortured soul angle promised a uniquely impassioned take on the most famous and squeaky-clean hero in the history of comic books, drying up doubts that the cultural icon could be modernized to appeal to the same moviegoers who embraced Christopher Nolan’s “Dark Knight” trilogy.

Director Zack Snyder’s execution of “Man of Steel,” however, proved to be underwhelming and more indicative of a clustery, effects-dependent summer blockbuster.

The famous backstory was made so needlessly convoluted that even Russell Crowe (who played Superman’s father, Jor-El) seemed confused.

Newcomer Henry Cavill physically fit the role of Superman, but he was too stiff for the audience to invest in him. Even the lighthearted moments (of which there were few) fell flat. This contributed to the film’s reliance on super-sized battle scenes with General Zod (Michael Shannon) and company. They were impressive, but were also so destructive and CGI-crazed that it was often hard to get a grip on what exactly was happening.

“Man of Steel” was a commercial success (thanks in part to its great marketing), but received mostly lackluster reviews.

John A. Daly is the author of three Sean Coleman novels including his latest adventure, “Broken Slate.” 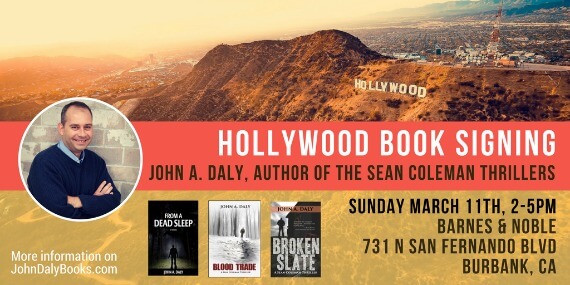