Even critics of the Canadian professor may soften their stance after watching this nuanced look at his unexpected fame.

Jordan Peterson is all of the above, and so much more. “The Rise of Jordan Peterson” channels those personas into one sharply etched portrait. It’s obviously sympathetic to its source, but that doesn’t prevent writer/director Patricia Marcoccia from giving the professor’s critics their say, and their dignity.

Peterson emerges as a fascinating man, someone coming to grips with his membership in the Intellectual Dark Web. More importantly, he’s learning what it means to be a celebrity in our fractured, furious times.

That learning curve isn’t for the faint of heart.

Who is Jordan Peterson? He’s a sharply tailored academic, a psychologist whose self-help patter reaches a generation of lost male souls. His blunt musings and refusal to accept woke demands has made him an enemy of the Left.

Why, he must be part of the Alt-Right … right?

Not so fast. Peterson is befuddled by those quickie labels. He’s firmly against our tribal times, preferring facts and reason to knee-jerk debates.

Those eager to see a series of intellectual body blows will come away disappointed. Yes, “Rise” showcases Peterson in action, defusing Social Justice Warriors demanding he retreat from polite society. The focus is on Peterson the person, not the YouTube sensation.

His meteoric “Rise” left him with plenty of enemies. Trans activists loathe him for rejecting their personal pronouns. Friends suggest the Peterson addressing crowds the world over isn’t the fellow they’ve known for years.

And Peterson himself worries his connection with right-of-center groups may diminish his big-picture goals. Put simply – heal thyself.

This Jordan Peterson isn’t always ready for his close up. His temper flares as college protesters attempt to drown out his message. The professor steps back from those moments, eager to learn why his emotions got the best of him.

He’s endlessly curious, and sometimes fears he’s sharing the wrong life lessons. His fans may disagree, showering him with praise for the impact his “Rules” had on their lives. The film could have trimmed away some of that adulation.

Peterson wrote the book on getting one’s life in order, and it’s a stern but kind message that continues to reverberate in a culture kowtowing to victimhood.

There’s little in Peterson’s life that escapes his rigorous examination. And his plate grows more full as the narrative evolves. It doesn’t help that protesters screech, “transphobic piece of s***” at him on a regular basis.

To some college students, Peterson is a rock star. Others dub him a menace.

We spend an extended segment with Bernard Schiff, a former Peterson ally who now considers him “dangerous.” Once again, a Peterson critic is given a fair hearing, something political documentaries often neglect to do.

“The Rise of Jordan Peterson” spends plenty of time in the professor’s home.

Those snapshots reveal his fascination with humanity’s darkest hours. We see his passion for Soviet Union artifacts, fusing kitsch with a need to process humanity’s worst impulses.

Like the upcoming “No Safe Spaces,” “Rise” shares an unfiltered look at the Far Left. Peterson is a frequent guest on college campuses, but he rarely speaks without someone trying to drown him out. If “The Rise of Jordan Peterson” accomplished nothing else, exposing these smug socialists is worth the bother.

Those sequences will be devoured by conservatives, but that’s not Peterson’s prime directive. His mission, as he puts it, is to strengthen the individual, not one side of the political aisle.

“When I deviate from that, it’s an error,” he confesses.

Peterson is a gifted but surprisingly naive intellect. He lobs culture war smart bombs in interviews, only to be taken aback when they blow up in his face.

Take his comments about women who wear makeup and high heels in the office. You can sense his contrarian take, a willingness to challenge our preconceptions. Yet he’s shocked when the observations take on a life of their own.

What did he expect, especially since the Left has a virtual APB out on him?

Peterson deserves a documentary willing to capture his family, his flaws and his hunger to help his growing flock. “Rise” delivers on all of the above.

HiT or Miss: “The Rise of Jordan Peterson” charts the rise of a pundit still figuring out why he’s famous, and how to best use the 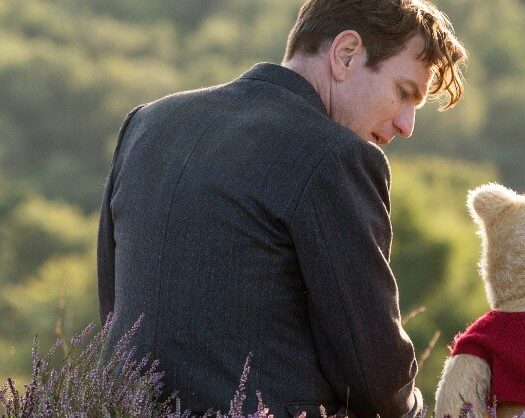