Film critics can only do so much.

Today’s consumers are hungry for advice on the latest and greatest shows, films, podcasts and more. Sometimes it takes a trusted friend, not just a savvy critic, to uncover the best content.

The free web service offers a centralized place to…

HiT reached out to Reklist’s co-founder, Dan Levy, to learn more about how the service can help users navigate the wild content jungle.

HiT: What inspired Reklist … and how long did it take from that creative spark to the finished product?

Dan Levy: We created Reklist because we realized it was a hassle to keep track of all the entertainment recommendations we were getting from friends (movies, shows, books, podcasts, music). We’d have to scroll up through texts to find a recommendation, keep notes in our phone that weren’t helpful in finding where to watch anything, or use the inadequate suggestions from streaming platforms. 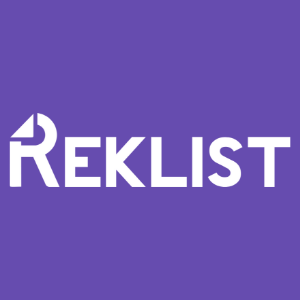 Plus, nowadays there are so many streaming platforms with so much content, it’s impossible to keep track of what you can watch on each of them. We created Reklist to offer a one-stop shop for storing, sharing, rating and discovering entertainment so it would take the hassle out of deciding what to watch.

We first had the idea for Reklist four years ago, but it took a bit of time to get the ball rolling. We told friends, who loved the idea, and then gathered our team, built the first version and started improving and updating versions as we got feedback.

On that note, Reklist isn’t a finished product just yet. We’re constantly tinkering and adding features based on feedback from our users. We’ve created a community of entertainment lovers and want to make sure we build Reklist with their opinions in mind, so it’s something they genuinely want to use.

HiT: What essential elements did you insist on when creating Reklist? Is the final product much different than your original vision?

Levy: The current version is far different than our original version, but that’s a good thing when building apps. They say if you aren’t embarrassed by your first version, you waited too long to launch.

Trust me, our first version is embarrassing. There was no Explore page or Newsfeed and it was difficult to figure out how to send a recommendation (“Rek”).

…every time I log in I see indie movies and movies I haven’t even heard of.

The biggest feature we wanted to start with was sending and receiving a Rek. That’s the core of what we’re offering – a way to store recommendations for when you’re ready to watch. That way you don’t have to scroll through Netflix options for 20 minutes, text your friend asking what that movie was that they recommended last weekend, or Google “where to watch (insert movie/show title)”.

You have a list of recommendations in the palm of your hand, curated by the people who know you best. That was the beginning, but now we have many more features to make things even easier and better for users.

HiT: I’m sure you sought feedback during the site’s creation. What were some of the biggest factors people cited when asked about Reklist’s functionality?

Levy: Feedback from users has been our greatest ally in figuring out how to build Reklist. While just about everyone agrees with Reklist’s purpose and need, our early versions left out a lot of important and necessary features.

We originally thought of Reklist as simply a tool rather than a social entertainment-based platform, but learned from users that they preferred having something they could browse and scroll through. They wanted to see what other people were recommending to each other, comment and create conversations around these recommendations and keep track of what they have watched.

They also wanted to know where to watch each movie or show and ideally one-click to open it up immediately. We integrated all of these features over time and can’t thank our users enough for that feedback.

HiT: What have you learned about our collective tastes while developing Reklist? Any surprises?

Levy: The biggest surprise to me was that people do still want to browse options. We originally thought a platform that simply allowed you to send and receive recommendations would be all anyone would want. However, we quickly learned that people do still crave the scrolling, but they want a better class of options than what the market is currently offering.

They want to know what their friends are watching, what the “under the radar” movies and shows are that aren’t as mainstream but are amazing, what people are saying about certain movies and shows. The Explore and Newsfeed pages gave us a more well-rounded platform that offers something for everyone.

Additionally, we’ve learned that people want efficiency. That’s why we allow you to add something to your Reklist, rate it, send it to someone else, or open it up in a streaming platform with the click of a button.

In terms of people’s tastes in movies and shows, we’ve learned that people love watching and recommending the “under the radar” types of entertainment, even more so than mainstream titles. No one is recommending “Avengers” on Reklist, but every time I log in I see indie movies and movies I haven’t even heard of.

HiT: Are there plans to expand Reklist’s media scope?

Absolutely, and we already offer music, books, and podcasts in addition to movies and shows. You can also recommend specific episodes of a podcast or TV show, as well as specific songs, artists or albums. Eventually we plan to expand to other types of recommendations, but for now we’re focusing on entertainment.

HiT: Where you see Reklist in five years? What kind of expansion would you like to see … and why?

HiT: Have there been any great movies or TV shows you’ve discovered by working on the site and interacting with users?

Levy: So many! Every day when I log in, I find something new on the Newsfeed or Explore page. I’ve added so many movies and shows to my Reklist from those two pages. I also constantly find movies and shows that I’ve wanted to see but didn’t realize were on streaming platforms I use, which has been extremely useful.