The Crips, the notorious gang who in 2014 were responsible for a third of the crimes in San Diego and 13 percent of the city’s total murder rate, are the good guys.

God-fearing Christians? They cleanse their weapons in holy water before killing innocents.

Yes, the low-fi horror franchise isn’t just attacking the Tea Party, the rich and NRA members in “The Purge: Election Year.” Franchise mentor James DeMonaco expands the target list to include Christians for round three.

In between, DeMonaco celebrates violence as only this franchise can. Hypocrisy? At least the newest chapter isn’t dull. Then again, it’s hard to fall asleep when so many characters are slaughtered before our eyes.

For the uninitiated, the annual “Purge” is the time when everything, including murder, is legal.

Sen. Roan wants to end the Purge. The Minister, the head of the New Founding Fathers of America (read: Tea Party), will do anything to keep it alive. After all, as the film reminds us, the Purge wipes out the Have-Nots that drain societal resources. 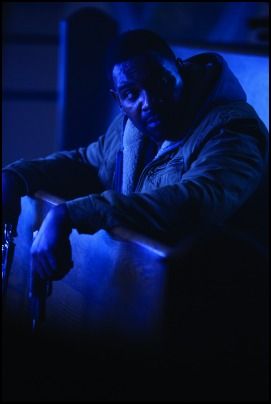 That means Sen. Roan is a target during the most dangerous night of the year.

Like its predecessors, “Election Year” wallows in violence. It adores it. The uglier, the better. And, of course, the cooler, the better.

DeMonaco excels at this brand of visual storytelling. He captures grim and glossy snapshots of society gone south. Frightening masks. Stacks of dead bodies. Even foreigners hoping to partake in what America does best – kill.

It’s all supported by an overwrought score that fits in snugly with the franchise aesthetic.

FAST FACT: James DeMonaco has said his “Purge” producers cautioned him about making the series too political, but Universal executives cheered on the franchise’s ideology.

Grillo’s character gets some unexpected support saving the Senator.

Mykelti Williamson, a deeply underrated presence, brings life and humor to a frightened small business owner. His character must defend his grocery store against the Purgers when his insurance company jacks up the rates.

Maybe soaring ObamaCare rates will be name checked in the next “Purge” installment.

In case you don’t get where DeMonaco and co. are coming from, we get news snippets and random speeches that would make Bernie Sanders blush. The chief bad guy wears a jacket with emblems resembling the Nazi swastika and … wait for it … the Confederate flag.

One sympathetic black character complains, “my people are on their own,” an obvious shout out to the Black Lives Matter movement.

The film’s dialogue is otherwise rote, with only a few well crafted laugh lines shattering the tension. Williamson gets the bulk of the latter.

But do we really need to hear one of the heroes say, “I hate this night?” Kind of obvious, no? 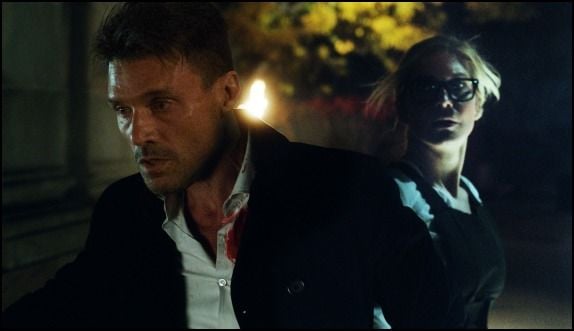 The film’s final act gathers the cast within a church, where we see the true nature of the pro-Purge devotees. They’re ugly to the core, with the all-white congregation cheering on more death, more suffering.

Who screams “amen” better than Hollywood?

If the film had depicted Muslims in a Mosque like this there would be picket lines greeting every theaters showing “Election Year.”

“Election Year” is like a feverish Daily Kos blog post brought to life. It’s crude but aimed directly at genre fans who can tolerate preaching as long as the blood keeps flowing.