They use the word “critic” the same way people would use “fanboy” … as an insult.

I’m mostly out of the critic’s game these days, but I’ll always come to a film from a critical point of view. I’m done with people seeing the word “critic” as a negative, but instead of going ballistic, I’d like to explain what that word means.

Being a film critic doesn’t require me to tear a movie to shreds until nothing you love remains.

Film criticism involves an entirely different kind of deconstruction. Personally, I do my best to shut this part of my brain off while watching a film. I want to experience the storytelling in its purest form. If the film triggers my deconstruction while I’m watching it, that’s the movie’s fault for breaking its own internal logic so badly it can’t be ignored.

The critical deconstruction kicks in after the end credits roll. I know that last sentence may sound snobby or intimidating, but it’s honestly just a more academic version talking with your friends at a post-movie dinner. It takes the discussion to another level.

As a critic, it’s my responsibility to not just say if a movie “rocked” or “sucked.” Instead, I have to explain how I came to that conclusion. As a result, it’s very important to break down every part of a film and understand why it made me feel how I did at various points throughout its running time.

I completely understand how this can make a critic sound like a robot who doesn’t feel or understand what the common movie goer feels. For some critics, it’s entirely fair to say that this is the case. However, for the critics whose work I enjoy and try to emulate, that deconstruction leads to an entirely different level of beauty that comes with understanding.

The best way I can try to explain this is to relate it to the poetic way Neil DeGrasse Tyson talks about science and the universe. The man finds art and beauty with each new discovery. While film, one of the great art forms, has an intrinsic beauty at first glance, taking the time to look at it from a cerebral point of view brings with it the reward of an entirely new level of beauty and wonder.

All that flowery talk doesn’t mean much if you don’t have examples, so let’s look at the last two Superman releases from my point of view.

There’s no way around it. The 2006 film “Superman Returns” is a trainwreck from top to bottom. From the stilted dialogue to Clark’s son to the gigantic island that everyone in the movie (including apparently the filmmakers) forgot was made of freakin’ Kryptonite, the film has massive story and production problems.

However, what director Bryan Singer got right is the more interesting thing for me.

Despite my dislike for what the film did to those characters and how it broke the fundamental laws of that universe, “Superman Returns” nailed the characters’ core. They reacted to the situations they were deposited into exactly how we’d expect them to. That sounds like a very odd praise for a film until we look at the next Boy Scout in Blue feature.

With 2013’s “Man of Steel”, we got a big, bombastic superhero movie with carnage and action to spare. As a superhero movie, it was OK. As a Superman movie, it was a disaster. While director Zack Snyder created a universe and a superhero and stuck to the core of the character they created, what was on screen simply wasn’t Superman. The person to blame for that isn’t who you might think it is.

By bisecting the lessons that Jonathan Kent worked so hard to instill in Clark as a kid, we ended up with a paranoid Jonathan who was so scared of the big, bad world that he ground into Clark the need to hide in secrecy. He left the higher philosophical teachings to Holo-Jor-El.

With that information in context, it makes complete sense that Superman ended up wandering the country like a hobo David Banner not caring what happens with humanity. That’s not the Superman who has been a consistent character for 75-plus years.

Do what you want in your film. Just don’t name your movie after a character if that’s not who you’re going to put on the screen.

From Epics to Timeless Comedy

Yes, I consider myself a film critic who finds depth and profound meaning in the works of filmmakers like Terrence Malick and Preston Sturges. I’m also a critic who will heartily defend the idiotic fun of the “The Fast and the Furious” franchise, call Dwayne Johnson one of the the most gifted comedic actors of the past two decades and gleefully inflict cinematic stink bombs like “Troll 2” and “The Room” on friends and family. 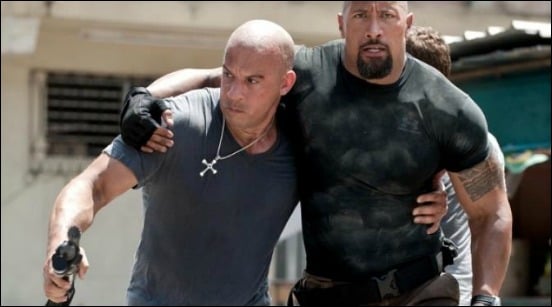 Above it all, I only answer to one person: myself. If I’m consistent with who I am and what I think about films instead of trying to placate a certain audience, I’ve succeeded. Critics aren’t here to be liked. We’re here to provide a service to the movie-going public.

If I’m consistent with the quality of films I like or don’t, then I’m acting as a guidepost for you as a movie goer. My job is to give you an idea of if you might enjoy a movie or not. If I suddenly hate an indie comedy and you hate the stuff I like, you might love that movie I just spent 600 words taking a baseball bat to.

To be honest? That’s the single best possible outcome for a critic.