“Howard the Duck?” Adam Sandler’s “Jack and Jill?” “Small Wonder,” an agonizing ’80s sitcom about a girl robot? You can watch them, over and again, should you so desire. 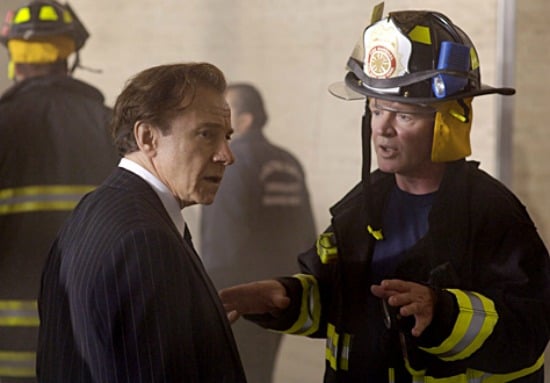 The 2006 miniseries from screenwriter/producer Cyrus Nowrasteh aired only once on ABC. The ratings were big – more than 25 million viewers combined over two nights. The $40 million project stirred up a maelstrom all the same. And this was before Facebook and Twitter became daily obsessions.

Clinton loyalists claimed the miniseries misrepresented the facts about the years before the 9/11 attacks. Specifically, that President Bill Clinton had several chances to take out Osama bin Laden but failed to do so.

Democrats threatened to yank ABC’s broadcast license unless it made changes to the film. Some tweaks were made at the proverbial last minute. Disney, the parent company of ABC, has refused to make any money back from its initial investment by releasing the title for home viewing.

“It is still the only banned film in America, banned by the company that made it due to political pressure,” says Nowrasteh, during a chat connected to his new film “The Young Messiah.” The controversy even inspired the 2008 documentary “Blocking the Path to 9/11” by John Ziegler.

Disney CEO Bob Iger denies any political motivation behind the film’s disappearing act. Many conservatives suspect otherwise. Iger has given $5,200 to Hillary Clinton’s Senate campaigns on top of $407,000 to Democrats since 1999.

Given the incendiary nature of the project and the fallout, one might think Nowrasteh gets peppered with questions about “The Path to 9/11.” Not even close. He said he’s rarely asked about it by reporters.

He remains proud of the banned film which earned 7 Emmy nominations, winning one for editing. He feels recent revelations have only supported the film’s narrative.

“Many of the initial questions raised about the movie, in the years since its broadcast, we’ve been proven right,” he says. “It’s almost a given now, and it was said during the [most recent GOP] debates … that Clinton had numerous opportunities to get Osama bin Laden and failed. That was the premise of the miniseries that everyone objected to.”

One benefit from the imbroglio? Nowrasteh says his career got a boost from the dustup. He went on to direct the powerful 2008 movie “The Stoning of Soraya M.” His latest project, “The Young Messiah,” is based on the popular book “Christ the Lord: Out of Egypt” by Anne Rice.

“The Young Messiah” shows viewers a young Jesus Christ, a child unaware of his heavenly lineage.

The film hits theaters March 11. When “The Path to 9/11” will be made available is anyone’s guess.

Another project that followed a similar path, “The Reagans,” also drew heavy political fire. Critics contended the material made up sequences to cast the former President in an unflattering light. That film got bumped from CBS to Showtime.

Anyone can purchase the DVD of “The Reagans” should they wish.