This sci-fi saga is B-movie mayhem, at best, but that's not why it became a cult favorite.

Science Fiction has always delved into the lure of sex, either as subtext or as a central theme.

For a genre that famously explores the human experience, pushing the boundaries of scientific discovery and, as a result, showcasing the most extraordinary special effects available, sex has always been a sci-fi staple, if not a key component.

Even “Alien” (or maybe I should say, especially “Alien”), with H.R. Giger’s phallus-like monster stalking Sigourney Weaver (in her underwear, no less, in the final scene), copulation springs up as an unsettling threat.

Most of these sci-fi sex monsters are female, though there are the rare examples of male creatures with a lusty interest in their prey (“The Creature from the Black Lagoon” and “Demon Seed” spring to mind). Yet, the theme of the She-Creature, and the danger of sleeping with her, resonates in ways intriguing, cautionary or entirely campy throughout the genre.

In the case of “Species,” there’s no real subtext to speak of.

There’s a bit in “Mean Girls” I love where the no-nonsense coach says the following to his high school students: “Don’t have sex, because you will get pregnant and die. Don’t have sex in the missionary position, don’t have sex standing up, just don’t do it. Okay, promise? Okay, now everyone take some rubbers.”

Had that coach showed me “Species” when I was in high school, it would have mirrored the same dire urgency as that pep talk.

Because, for its target audience, “Species” is scary as hell. Here is the ultimate nightmare for a teenage boy: you hook up with an impossibly attractive young woman, she tells you to impregnate her and, following some blissful naughtiness, you die a unimaginably painful death.

Here is the sci-fi “Fatal Attraction,” a Say No To Thoughtless Copulation cautionary tale. The silent and brooding Jason Voorhees is nowhere near as frightening as SIL, the deceptively gorgeous monster of “Species.” She will throw herself at you, behave like a Playboy pin-up fantasy come to life, then smile wide as she tears you to pieces.

Yes, Coach, I’d like some of those rubbers, please.

This isn’t sci-fi as an AIDS allegory (like “The Fly”), or a thinly disguised caution against the ’70s era “key party” mentality (as in the 1976 “Invasion of the Body Snatchers”).

Most sci-fi movies have sex on the brain. It’s just that “Species” is so uncommonly up front about it. This fusion of alien invasion paranoia and cheap titillation has a great pedigree but couldn’t care less how tacky it is. Like any shameless drive-in feature with a hefty studio budget, “Species” is a guilty pleasure with thrills as cheap as a bucket of popcorn.

I mean that as a compliment.

Natasha Henstridge stars as SIL, the amorous alien-on-the-run who sleeps with and kills the men she encounters. She’s being pursued by a group of scientists, played by Ben Kingsley, Marg Helgenberger, Alfred Molina and Forrest Whitaker, all of whom are fantastic at keeping a straight face. Kingsley, in particular, demonstrates the tried and true example of how classically trained actors can recite even the most ludicrous dialog with utter conviction and make it almost sound natural.

I admire Roger Donaldson, the Aussie director whose filmography includes gems like “No Way Out” and “The World’s Fastest Indian” and deluxe quarter pounders of guilty pleasure cheese like “Cocktail” and this movie.

The sex and death scenes are as imaginatively gross as any you’d find in a slasher movie. At least this offers a familiar looking but an undeniably impressive Giger-created monster, a brief but cool “morphing effect” (how very ’90s!), and lots of well-staged mayhem. If only it had fewer scenes of the top-tier cast sitting around, pontificating about catching SIL; these scenes should play like the banter of the U.S. Marshals in “The Fugitive” but instead, feel like drawn-out pit-stops in between the alien babe attacks.

The early scenes of SIL being “created” and growing up in a lab are compelling, particularly since Young SIL is played by a sympathetic, expressive Michelle Williams (in her second film role). SIL was genetically modified and said to be rendered a female in order to make her “more docile and controllable.” This winking nod to the character’s unpredictability and gradual empowerment initially seems like the character could be the extraterrestrial equivalent of Diane Keaton from “Looking For Mr. Goodbar.” Again, as much as I want to suggest there’s a deeper meaning to all this, I seriously doubt it.

The silent and brooding Jason Voorhees is nowhere near as frightening as SIL, the deceptively gorgeous monster of 'Species.'Click To Tweet

Is this about sexual responsibility, Madonna-era feminism, or a metaphor about the fear of monogamy? Nah, it’s about a sexy alien who can’t keep her hands off the aroused men she encounters and kills.

Making a case that “Species” is about female empowerment is as silly as calling “Sucker Punch,” “Charlie’s Angels” or the recent “Baywatch” a cinematic means of strengthening feminine morale. Wrong. Those movies are all juvenile, male-oriented fantasies for young teen boys. If there is a deeper level of any kind to consider with the “Species” franchise (yes, God help us all, there are four of these movies), it is this: each film exploits a different perspective and venue of bad sexual experiences.

“Species” is about the fear of sex in the single’s dating scene. “Species II” is about a rapist from outer space (not SIL, who is the protagonist this time) hunting for attractive women who fall prey to men in uniform. “Species III” is about the danger of casual sex in a university setting and, in the if-it-ain’t-broke-don’t-fix-it-tradition, “Species IV: The Awakening” is also a campus-set sci-fi plea for intergalactic abstinence.

“Species” shocked many in Hollywood when it opened the same day as the highly touted Sean Connery/Richard Gere vehicle “First Knight” and slammed it at the summer of 1995 box office. I enjoy the latter film, though it lacks a scene of Henstridge (ever the trooper) killing a man with her alien snake tongue.

” is a fun and packed two-disc set for SIL fans. Some of the material is carried over from a prior disc but the best featurette is the brand-new, extensive “Afterbirth: The Evolution of Species” documentary. Not only are many of the key filmmakers interviewed, it focuses on each eventful scene and dissects how they pulled them off. It was wise to include Henstridge’s interview from the “Species II” disc (itself an excellent, thorough

It was wise to include Henstridge’s interview from the “Species II” disc (itself an excellent, thorough Blu-ray for a rotten, downright vile movie); Henstridge, in her solo interview and as a participant on the Commentary track, is frank, awfully laid back and always reliable for engaging recollections.

FAST FACT Natasha Henstridge worked as a model for Oil of Olay, Old Spice and Lady Stetson before landing the role of SIL in “Species.”

There are also separate featurettes on Giger, the film’s set and creature designs, photo galleries, the trailer,  and the lame, touchy-feely but still intriguing Alternate Ending, which wouldn’t have worked had they kept it.

As a stand-alone film, “Species” is enjoyable B-movie trash, served well by its considerate budget. As a franchise, it stinks. The inevitable and unfortunate “Species II,” and everything else that followed, are rightfully forgotten. The original doesn’t offer much actual science, nor original fiction but as sci-fi fodder goes, it certainly has sex on the brain. That is, before SIL eats it with her alien snake tongue. 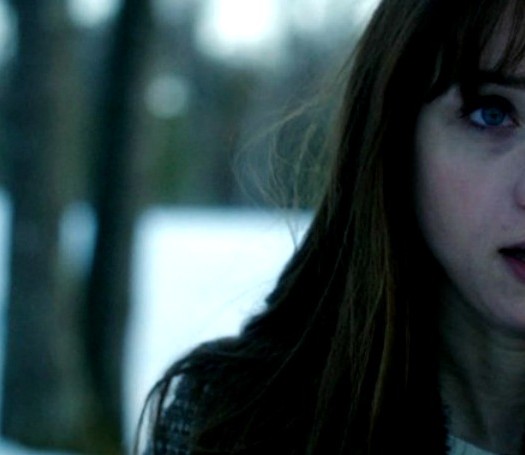 HiT DVD Review: ‘In Your Eyes’ 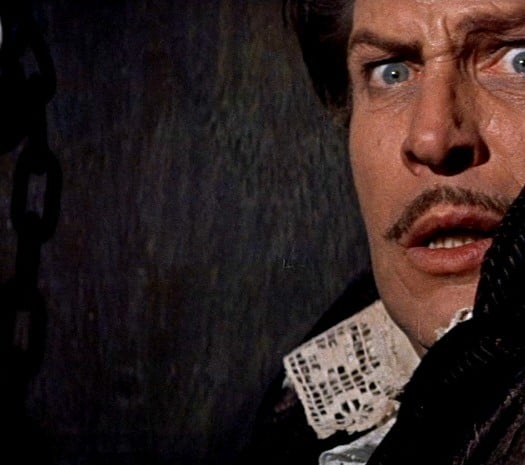