In fact, the “Guardians of the Galaxy” actress became the latest Social Justice Warriors target all the same.

Saldana wanted to bring the Simone biopic to life for some time. When the project stalled, she decided to tackle the lead role herself. That meant altering her appearance to make herself look more like the late star.

That helped the project get under way. A project, mind you, that let a woman of color shine a light on a potent female figure in music lore.

That wasn’t enough, apparently, for the PC crowd.

“Nina” came and went in theaters. Reviewers weren’t kind. The bigger scar, though, came from PC types who blasted Saldana for, well, trying to look like Simone.

Others wailed about her darkening her skin and broadening her nose to more closely resemble Simone. The Allure magazine feature also suggest Saldana’s apolitical persona wasn’t good enough to play the singer, a vibrant voice in the civil rights struggle.

The actress held her tongue … until now. 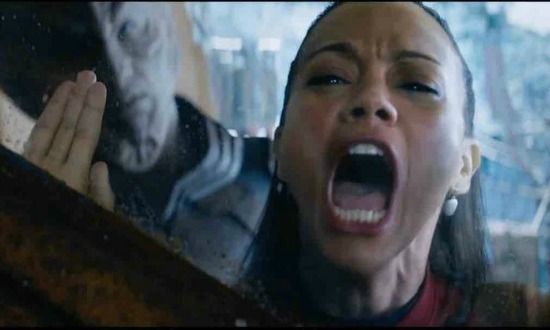 “There’s no one way to be black. I’m black the way I know how to be,” she told Allure magazine about the kerfuffle. “You have no idea who I am. I am black. I’m raising black men. Don’t you ever think you can look at me and address me with such disdain.”

She also slammed those who can’t see the big picture. It looked like a Simone biopic simply wouldn’t get made. Her growing clout, thanks to “Guardians,” “Star Trek” and “Avatar,” helped secure the necessary funding.

So a minority actress defies the system, gets a troubled project off the ground and celebrates a civil rights pioneer all in one film.

The long-delayed ‘Westworld’ – Your Next Binge Fixation?

Anyone else confused by this?