Celebrities did all they could to make Hillary Clinton “Madam President.”

Madonna’s get out the vote effort for Clinton can’t be described in a family publication.

Donald Trump defeated the former First Lady all the same.

Now, the industry hopes a new film will change the public narrative on gun control. When will celebrities learn their one-sided sermons rarely change hearts or minds?

“Miss Sloane” stars Jessica Chastain as a lobbyist trying to drag a “bipartisan” gun control bill across the finish line. The story is unabashedly in favor of stricter gun laws. Chastain’s team is dedicated, honorable and ethnically diverse.

The gun lobbyists are aging white men flexing their privilege to protect their racket. The only thing missing is them twirling villainous mustaches. Maybe those scenes will make the Blu-ray extended cut.

It’s preaching to the gun control choir, but is it enjoyable? Only if you relish hokey situations, talking points dialogue and a resolution that doesn’t pass the giggle test. Chastain is in command all the way, though, and some of the Beltway machinations have an undeniably soapy charm.

The Oscar nominee is Elizabeth Sloane, a lobbyist with a wobbly moral compass. She’ll bend any rule to win, stepping on those who get in her way with her pointy heeled shoes.

“She pees standing up,” one of her colleagues cracks.

Sloane recoils when her firm asks her to represent a gun lobbyist trying to woo women to their cause. (Never mind that the National Shooting Sports Foundation recently revealed that women are the nation’s fastest growing group of gun owners). She dissolves into forced laughter at the prospect.

Even an oily lobbyist has a line she won’t cross.

So Sloane coaxes colleagues from her current gig to join her at a boutique firm battling the gun lobby. The sequence borrows so heavily from “Jerry Maguire’s” famous “take this job and shove it” rant one character actually name-checks that film.

Can this under-funded squad of do-gooders rally enough senators to their cause? What about those skeletons rattling around in Sloane’s impeccable closet?

When the script isn’t talking to us in ALL CAPS it’s delivering second-rate Aaron Sorkin banter. Screenwriter Jonathan Perera tries to replicate Sorkin’s “walk and talk” style sans the humor or snap.

“Any head case, felon or terrorist can buy an assault rifle from a gun show, the Internet or the bowl-o-rama without so much as an ID,” Sloane says.

That rhetoric is at best misleading, but there’s no one on screen to say so. Hollywood isn’t always keen on robust, even-handed debates.

The story also alleges the pro-gun control Brady Campaign is fiscally outgunned by those NRA meanies. That may be true, but it ignores New York Mayor Michael Bloomberg’s $50 million investment in Everytown for Gun Safety and other funding sympathetic to their cause.

As is typical with other imbalanced message movies, the “other side” rarely gets the chance to defend itself. Scene after scene features similar gun control spiels, while the pro-gun lobby scrambles to share a coherent thought.

If that weren’t enough, the screenplay includes a scene where a gun lobbyist mispronounces a grieving mother’s name, then shrugs when he’s corrected.

The film suggests most Beltway types want more gun control, but the gun lobby strong arms senators to make them do their bidding. Off screen, there are forces on both sides, each with its own resources and forms of persuasion. Like glossy Hollywood movies.

One sequence does show a concealed carry holder in a positive light, but it’s just one of several wholly unbelievable moments.

Would You Date Miss Sloane?

Our heroine may be part Terminator, part lobbying legend, but she still has … needs. She occasionally unwinds with a male escort, a subplot which undermines everything we think we know about her pragmatic streak.

This isn’t the first time Hollywood fired off a pro gun control message. Everytown for Gun Safety works with studios to lace TV and movie scripts with its preferred narratives. It recently offered that service to “The Good Wife” and “House of Cards.”

Maybe “Miss Sloane” should have called that group for a last minute rewrite. The film’s third act loses interest in its own gun control message. Suddenly, Chastain’s character is challenged in a way that shifts the focus to her, not saving lives. Even the resolution of the senate battle royale is treated like an afterthought.

“Miss Sloane” director John Madden (“The Debt”) and Perera told The Daily Beast their movie isn’t a polemic. That’s rubbish, of course. Those statements do reflect how modern audiences think, though. They don’t want to be lectured to, something the minds behind “Miss Sloane” understand on some level. So they craft their media interviews accordingly, a genuine bait and switch tactic.

“Our system is rotten,” Sloane declares, a sentiment you might hear at a Trump rally. Yet the screenplay brushes that aside for a Hollywood ending sure to draw snickers.

The far superior 2016 film “Eye in the Sky” handled a complicated subject with both balance and restraint. The drone thriller let a number of voices speak on the consequences of modern warfare.

It neither preached nor spoon fed us answers. We were left to reconsider our views, something movies do better that most art forms. And it’s why the public increasingly tunes out the monochromatic messages from La La Land.

RELATED: Can We End Celeb Videos on Gun Violence?

Hollywood didn’t bother to ask why some Americans thought Trump, flaws and all, might be the change agent they craved. And “Miss Sloane” refuses to consider any NRA member’s arguments regarding the Second Amendment.

It’s why “Miss Sloane” won’t move the needle on gun control legislation or make for a brisk night at the movies.

This article originally appeared at TheHill.com. It is reprinted with permission. 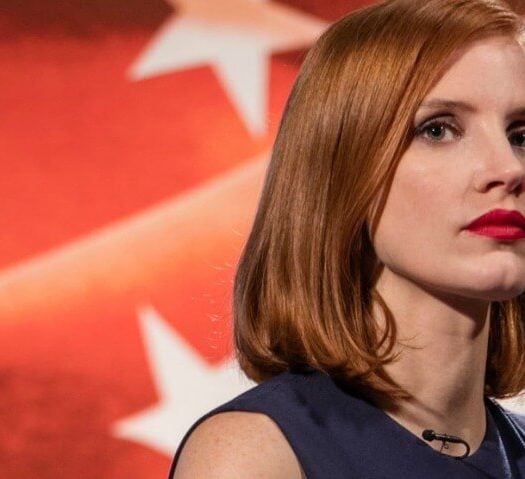 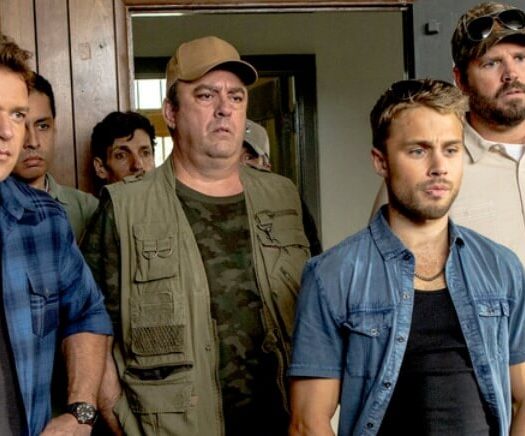