Now, Wilmore’s “The Nightly Show” has lost 55 percent of Colbert’s audience and 29 percent of his own crowd from last year, according to AdWeek.com.

The site suggests the show’s audience is upset at a perceived “anti-intellectual” bent. That ignores a far larger problem plaguing the program. Its seething hatred for roughly half the country. 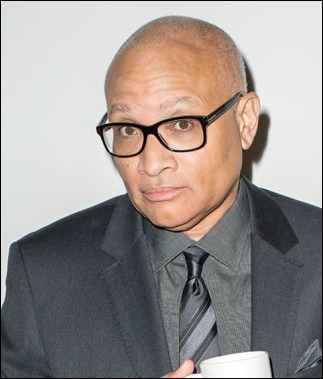 Wilmore’s affable persona and deep television background made him a good fit, on paper, for the show. His previous gigs included creating both “The Bernie Mac Show” and “The PJs,” the latter with Eddie Murphy.

He even promised a more ideologically balanced conversation, a far cry from Colbert’s hard-left shtick as well as competitors like Bill Maher, John Oliver and Trevor Noah.

Wilmore’s post-partisan promise ended up like so much campaign rhetoric. He clearly didn’t mean it.

This week, Wilmore led a panel about whether Sens. Ted Cruz and Marco Rubio, both Cuban-Americans, are authentically Cuban-Americans. Wilmore kicked off the discussion by saying neither candidate “embraces their Hispanic heritage.” He went further, suggesting the senators only bring it up when it’s “convenient.”

“Nightly Show” contributor Grace Parra, who is Latino, later said, “We don’t even necessarily consider them Latino because they haven’t embraced their heritage.” The show just stripped their ethnicity clean away.

If that were the only incident of its kind, “The Nightly Show” shouldn’t be worried. It wasn’t.

“Fox and the GOP love making up a big batch of Kool-Aid and doling it out like it’s Jonestown,” Wilmore said. “They start by pouring a pitcher of factless accusations, add a splash of fearmongering, and then they just stir up the base.”

“He’s going to do everything the KKK does. This is his agenda. He falls in line with the KKK,” Rodriguez said. Wilmore, as the host, should have shut down such hatred instantly. He didn’t. Even when the audience applauded the host stayed silent.

RELATED: Wilmore on Obama: ‘Barry Got His Groove Back’

Now, compare that to when Colbert’s “Late Show” audience booed a position stated by Cruz during a 2015 appearance. Colbert is as liberal as any talk show host, but he gently chastised his audience for being disrespectful.

Last month, Wilmore personally cheered the fact that the group that recorded Planned Parenthood executives discussing some of its ghastly practices were indicted. “Hold on. Let me see if I got this right,” he said. “The people who made those bull**** videos lying about Planned Parenthood selling body parts are the ones being charged. Let me see that carriage again. Ah, I’m so happy.”

There’s plenty to be said against GOP frontrunner Donald Trump. He brings most of it on himself. But actor Michael Rapaport went a few steps further. He got cheered on by a “Nightly Show” regular last year with this disgusting comment.

“Look how far he’s gotten,” Rapaport said of the real estate mogul. “Knowing what it – I mean, yo, my man’s got a strong, old-school, slave-owner mentality, and he’s not holding back!”

There’s no reason a right-of-center viewer should tolerate Wilmore’s “Nightly Show.” And while some hard-left viewers may cheer its ugly rhetoric, reasonable liberals will likely revolt. And, according to the ratings, they’ve done just that.