The Sundance Film Festival went woke, but that’s not the biggest problem with the once-mighty gala.

It also lost its nerve.

Variety reported earlier this week that festivals like Sundance no longer screen films that might upset the woke mob. So, if a filmmaker submitted a documentary defending conservative Justice Brett Kavanaugh, for example, it would never grace the festival’s lineup.

The woke mob would rise up, and the festival would swiftly back down no matter the film’s quality.

The opposite documentary, though, is perfectly acceptable.

“This was the kind of movie where people are terrified,” director Doug Liman said of his Brett Kavanaugh documentary. “I mean, the fact is the people that chose to participate in the movie are heroes.” https://t.co/nOrrXlWq6P

“Justice,” a so-called secret project from action director Doug Liman (“Edge of Tomorrow”), just debuted at Robert Redford’s festival. The film, according to critics, is a one-sided take on the sexual assault accusations lobbed against Kavanaugh during his 2018 confirmation hearings.

That battle remains one of the most disgraceful chapters in recent American history. The mainstream media showed its true colors, ignoring inconvenient truths that damaged Kavanaugh’s accusers while promoting baseless conspiracy theories.

Now, Liman claims he had to operate in secret lest mysterious forces prevent the film’s completion.

“The machinery that’s put into place against anyone that speaks up… we knew that machinery would be turned on us,” Liman said. “The film wouldn’t have been shown at Sundance, there would have been an injunction” had word of it leaked in advance.

It’s laughable on its face.

Who didn’t speak up back in 2018 on the matter? Everyone did, from farcical accusers to celebrities like Amy Schumer who got themselves arrested to bring attention to the case. 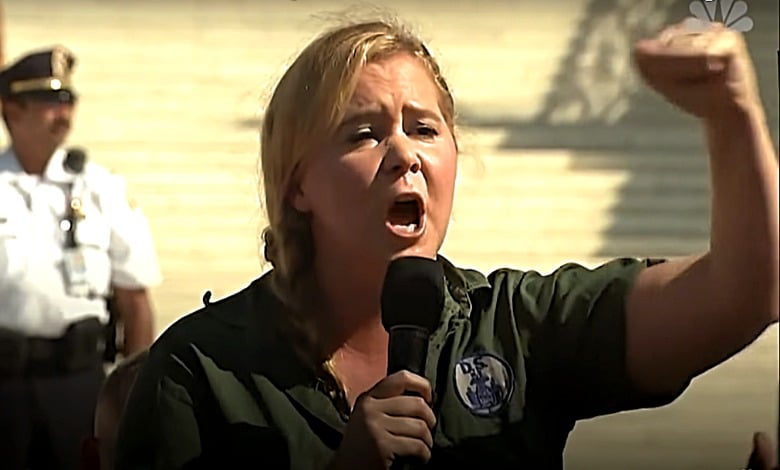 The claims that the FBI helped smooth Kavanaugh’s confirmation process by ignoring select confessions is beyond parody.

Recent years have shown beyond a shadow of a doubt the FBI wouldn’t lift a finger to help President Donald Trump. They might give oxygen to a phony Russian collusion hoax, but they wouldn’t ignore damning evidence against his preferred Supreme Court nominee.

Plus, what pressure would force Sundance against screening the film? Would anyone in the Hollywood community speak out against “Justice?” Might we see activists storm the theater?

The fact that the film screened to a packed crowd without an ounce of blowback is telling, and very predictable.

The one-sided “Justice,” which critics say is preaching to the choir and lacks a smoking gun-style revelation, likely didn’t include this snippet:

In a speech earlier this year, Ford’s attorney Debra Katz admitted to the partisanship that at least in part motivated her client: They wanted to put an “asterisk” next to his name. “When he takes a scalpel to Roe v. Wade,” she said, “we will know who he is, we know his character, and we know what motivates him, and that is important; it is important that we know, and that is part of what motivated Christine.”

Or any of The Federalist’s 21 reasons not to trust Ford’s account. Number 5 is a doozy:

Liman has every right to direct a film like “Justice,” no matter how comically biased in may be. Michael Moore has made a pretty good living warping the truth via his documentaries. He’s even got an Oscar for his troubles.

It’s a shame that no one has made a fair, accurate documentary about Kavanaugh. If they did, though, it would never stand a chance of a Sundance screening.