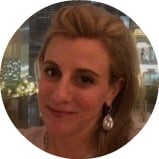 Jennifer Papale Rignani is currently working as a senior writer and content manager at BusinessForward, an IT consulting firm in her hometown of Pittsburgh. After a brief stint in the movie industry where she worked as a publicity assistant, location scout, production assistant and a truck driver, she entered the nonprofit sector as a marketing and communications director. In 2011 she switched her pen over to corporate writing. She has also worked as a freelance writer and reporter since 1998 and was associate editor of Pittsburgh Magazine from 2003-2005. Her articles have appeared in dozens of publications including South Jersey Magazine, Main Line Today, Patch.com, Mt. Lebanon Magazine, Edible Jersey, The Pittsburgh Post-Gazette, The Sandpaper and New Jersey Savvy Living. She is married with three young daughters. When she isn’t breaking up fights or cleaning the bathtub, she watches movies.