That’s been the way the industry has worked for some time. It intensifies during an election year, of course.

We’re seeing a multi-front attack on Red State America, the likes of which we simply haven’t witnessed before. Blame Donald Trump, our safe space age or how social media turns nearly every aspect of our lives into an ALL CAPS affair.

It really doesn’t matter. The entertainment industry is ready, willing and able to insult roughly half the country. Again and again.

Take the recent Emmy Awards telecast. A night dedicated to excellence in television turned into a Daily Kos convention. The winners lashed out at Trump, the “patriarchy” and repeatedly sang Hillary Clinton’s praises. They pined for transgender actors and Asians to get more gigs. Behind the scenes, one Emmy winner compared Trump to Hitler.

Imagine being a rock-ribbed Republican watching the ceremony from the comfort of your home. How can you process it all without being bored, insulted or even angry?

Does anyone expect the next Oscars telecast to be much different?

That’s only one of many ways Hollywood liberals are attacking right-leaning consumers. The late night comedy contingent, save Jimmy Fallon, is so overwhelmingly progressive even left-leaning outfits have taken note.

The comics tee off on Trump, Ted Cruz and other GOP politicians while occasionally tut-tutting Clinton’s serial transgressions. They often rant without a hint of humor. It’s unadulterated rage, not satire. The words chosen are mean, delivered with spittle-flecked rage.

The clip attempts to be nice, begging citizens to vote in a vaguely nonpartisan way. The PSA’s true intentions, however, are crystal clear.

Cheadle dubs Trump “a racist, abusive coward who can permanently damage the fabric of our society.”

Got that, Red State America?

The spot’s attempts at humor are lukewarm at best, particularly when Downey, Jr. jokes that Ruffalo will “take his dick out” if we vote the proper way. And we’re promised more videos are on the way.

Meanwhile, members of the other superhero squad recently assembled to protest a pipeline project.

“Justice League’’ actors Ben Affleck, Ray Fisher, Gal Gadot, Jason Momoa, and Ezra Miller have taped a public-service announcement endorsing the Rezpect Our Water campaign opposing the [Dakota Access] pipeline. The Change.org petition, started by members of the Standing Rock Sioux Tribe, opposes a private oil company’s plan to build a pipeline that would cross the Missouri River less than a mile from the Standing Rock Reservation and potentially adversely affect the tribe’s land and water supply. “As a gang of earth defenders, we want to send a big shout out to the Oceti Sakowin and those who stand with them in opposing the Dakota Access Pipeline,’’ Miller said.

Do we get to hear the other side of this debate? Not from Affleck and co.

Hollywood is just warming up. The cast from the decidedly left-leaning NBC drama “The West Wing” will soon reunite on Clinton’s behalf. The actors will criss-cross the critical state of Ohio to coax voters that a serial liar like Clinton is the nation’s best hope.

Just imagine the rhetoric to flow from those appearances. It might make Bee Blush.

And then there’s “Idiocracy.” The 2006 comedy keeps getting name-checked during our current presidential campaign. That means it’s a perfect time for a reunion roughly a month before Election Day – Oct. 4.

Sponsored by Alamo Drafthouse, the film reunion and a subsequent Q&A will be screened to the chain’s theaters nationwide. The event is presented, in part, by local League of Women Voters chapters.

That group proclaims its nonpartisan bona fides. A tiny bit of digging reveals something else.

Will that be reflected in the presentation? “Idiocracy” director Mike Judge will be on hand, too. Judge wanted to direct a series of “Idiocracy” themed campaign ads against Trump but couldn’t legally do so.

Think he’ll be fair and balanced during the accompanying Q&A? Or will it be another Hollywood lecture?

Illegal immigration remains one of the hottest issues in our country. Along comes “Desierto,” a new movie featuring an All-American killer picking off innocent Mexicans trying to cross the U.S.-Mexico border.

All of this comes after eight years of outright celebrity propaganda on behalf of the Obama administration. The most egregious example? Celebrities shilled endlessly for ObamaCare, which has lived up to virtually every conservative criticism lobbied against it. And then some.

Obamacare or Shut Up with Billy Eichner and Olivia Wilde

What does it all mean?

Celebrities simply don’t recognize the impact of their actions. Or they don’t care. That’s what Jack Black told this reporter earlier this year when quizzed about his support for Obama’s Iran deal. That’s the same deal that apparently is far worse than we were told by Team Obama and the press.

Black and co. should care.

The age of the movie star is long over. YouTube celebrities often rank higher with consumers than traditional TV and film actors. The very best Hollywood has to offer – Denzel Washington, Tom Hanks and Will Smith – can’t guarantee a film’s success.

Brands are Hollywood’s coin of the realm, not A-listers. That’s despite how hard they work promoting their pet projects. And then they gather to cut PSAs in which they alienate a large swath of the American public.

Think the public isn’t paying attention? Ratings for the recent Emmys telecast hit an all-time low. The audiences for Oscar night telecasts are on a downward trajectory, too. 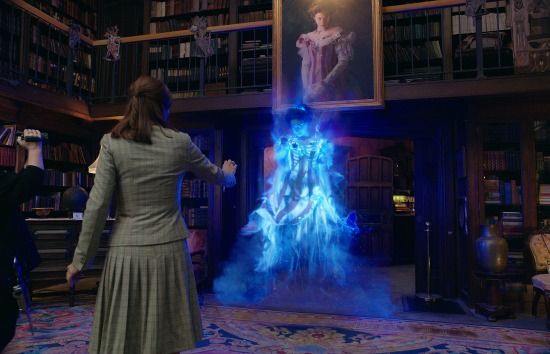 The recent summer season produced an ugly number of box office flops. That included “Ghostbusters,” which featured a unique promotional strategy. The stars, director and producer insulted potential movie goers as sexist when they lacked enthusiasm for the reboot.

Celebrities’ success depends on the goodwill of their audiences. Without it, they’re back working regional theater shows for a meager paycheck.

If the industry continues to dismiss Red State America, they may return the favor. If they haven’t started already.