Filmmakers, ignoring the fact that U.S. boots were on the ground, cranked out a series of films painting Bush and his War on Terror in an unflattering light. Or worse.

Is history about to repeat itself?

Films like “In the Valley of Elah,” “Lions for Lambs,” “Stop-Loss,” “Rendition,” Redacted” and “Green Zone” showed U.S. soldiers as either victims or murderers. The country’s Iraq war plans were mocked as were the intentions behind them.

So how did the public react to stories tied to the Iraq war?

All the films flopped. Some did so in spectacular fashion.

“Redacted” earned $65,388. That’s as much as “Zootopia” makes during an office worker’s lunch break. Others, like “Green Zone,” made far less money than what its star, Matt Damon, typically generates.

“The Hurt Locker,” which won the Best Picture Oscar, only hauled in $17 million despite massive critical acclaim. That movie featured a far more positive treatment of U.S. soldiers, but it still focused on the harrowing nature of the Iraq War. That clearly didn’t resonate with audiences.

The industry finally got the message. Studios licked their wounds and realized audiences had little appetite for stories that cast the country in such a negative light.

Years later, Hollywood put its faith in films like “Lone Survivor” and “American Sniper,” which didn’t promote war but highlighted the integrity of  American soldiers.

The box office lit up. Twice.

Even “13 Hours,” which proved a box office disappointment despite its heroic portrayal of U.S.security officials, brought in a respectable $52 million.

So why in the world is director Rob Reiner prepping “Shock and Awe?”

The upcoming film, according to Deadline.com, “centers around a group of journalists who asked the tough questions about Saddam Hussein’s alleged WMD’s (weapons of mass destruction) which was the way the Bush administration sold the Iraq War to the American public and around the world in 2003.”

The company financing the feature, Jorva Entertainment Productions, has just one movie under its belt so far.

So a fledgling film company is banking on a subject audiences loathe from a director with just one hit (2007’s “The Bucket List”) over the past 20 years.

Modern Hollywood is as risk averse as any business. Studios are pressured to produce as much can’t-miss fare as possible. Audiences simply have too many credible options for their leisure time. They can watch cutting-edge content, or old favorites, on their tablets on smart phones. They can play some of the most sophisticated games ever produced on computers and gaming systems.

That’s why we see so many sequels and reboots these days. Studios pray that familiar brands will draw a crowd. If not, millions might be lost. Careers compromised. Companies, too.

The stakes have never been higher.

So why would a movie like “Shock and Awe” even be considered in the first place? Just ask the team behind “Truth,” last year’s feature on “RatherGate.” It didn’t take a genius to predict few people were invested in that journalism scandal. An even smaller subset of that potential audience wanted to watch a movie pretending Dan Rather and co. were right all along.

Yet not only did it get made, but the studio scored some of the biggest actors around (Cate Blanchett, Robert Redford) to headline it.

Why? The powers that be wanted to peddle a narrative, and they didn’t care how the fiscal chips might fall as a result.

And, of course, “Truth” flopped. Hard.

Show business is always a business … until the filmmakers have a message to send. Then, the industry ignores reality and cries, “action!” It’s what Reiner is about to do once more.

Editor’s Note: This article has been updated to better reflect the content of “The Hurt Locker.” 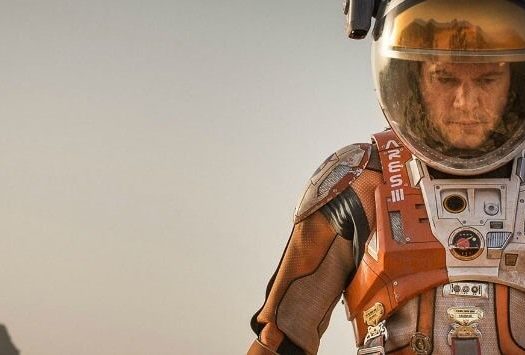