Really? Abortion is a difficult topic. So are drone strikes, capital punishment and enhanced interrogation.

“Ghostbusters” is about a four heroes in grey suits taking down paranormal creatures. Easy peasy.

The decision to remake “Ghostbusters [Blu-ray]

” with four female, not male, performers had some wisdom to it. It makes the long-delayed reboot instantly different. It also allows the new cast members to blaze their own trail while escaping the shadows left by the original team. Who wants to measure up against Bill Murray? Anyone?

That casting decision unleashed the full force of modern political correctness. Some saw the casting choices as insulting the original film’s legacy. Others viewed it as a chance to flex female power at the box office. Finally.

In the latter case, “Ghostbusters” is now not just another movie reboot. It’s a cause celebre, If it fails, women in Hollywood will be hardest hit. So now everything surrounding the project has a PC charge to it.

It’s why TheVerge.com felt compelled to publish this essay, entitled, “How to talk about the new Ghostbusters movie with friends, family, and commenters.”

Ghostbusters is a difficult topic. To help you through the next few months, we created a simple guide to writing about or discussing the film. Whenever you feel yourself bubbling with rage about four women destroying everything you’ve ever loved, open this page and protect yourself and the internet from inexhaustive rage.

Sound unnecessary? Movie fans are already upset that one of the four new characters isn’t a scientist according to the film’s first trailer. The reboot, like the 1984 original, focuses on three paranormal experts – read scientists – who battle a wave of ghosts in New York City.

Kate McKinnon, Melissa McCarthy and Kristen Wiig play the three scientists, with Leslie Jones joining the team already in progress. The first three actresses are white. Jones is black. Guess what happened next?

Why couldn’t Leslie Jones be a scientist? WOC are capable of being more than the sassy sidekick. #ghostbusters

That’s only one of many outraged tweets. The trailer even inspired one YouTube regular, Smoothiefreak, to record this charming rant.

Why can't Leslie Jones be a Scientist? #Ghostbusters | Akilah Obviously

Comedy in 2016 is already on life support. Comedians live in fear that a particular joke will outrage someone, anyone, and the blowback will go viral. Jobs are at stake. So are livelihoods. When Jerry Seinfeld, the squeakiest of squeaky clean comics, complains about people taking his jokes the wrong way, there’s a problem.

The upcoming documentary “Can We Take a Joke?” lets stand-ups speak out against the PC Police. Will it arrive in time to change hearts and minds? 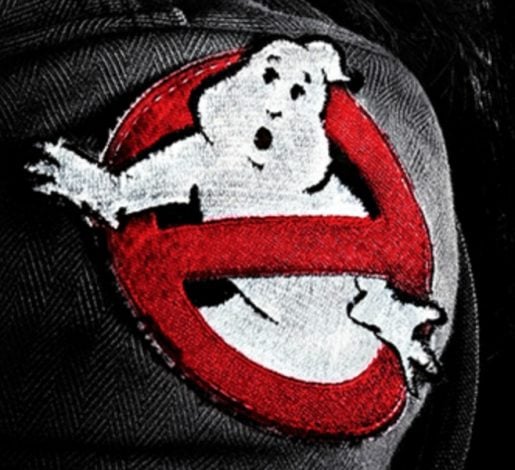 We just watched an entire Oscars ceremony begging us to forgive Hollywood for being racist. What happened next? People were upset by jokes they say targeted Asian-Americans.

Would you want to write comedy for a living today?

Lost in the kerfuffle? The first “Ghostbusters” trailer just isn’t funny. Not even close. The finished product could still be a blast. The film’s cast is impressive and director Paul Feig  previously delivered “Bridesmaids.”

“Ghostbusters” hits theaters July 15. By then, will anyone be in the mood to even watch it assuming the current PC dialogue continues?

UPDATE: According to The Washington Post, we’re only allowed one point of view on the new “Ghostbusters” trailer.