Muren’s 1967 film “Equinox” was “a movie made by three people behind the camera and four people in front of it. And it looks like it,” Muren says, laughing. The project’s “two week shoot” ended up taking a full year.

He still regards “Equinox” as a critical step in his film education.

“I went into it to showcase the effects I had done, but I came out of it with incredible respect for directors and writers,” Muren says. “If I haven’t made that film I wouldn‘t have had the connections I got … you see how the work fits into the film.”

EQUINOX TRAILER
Muren will present two versions of “Equinox” Dec. 12 at The Alamo Drafthouse in Littleton, Colo. Brock DeShane, who helped The Criterion Collection officially embrace “Equinox,” will be on hand, too, to show “Pondwing,” his two-minute ode to one indelible image from “The Empire Strikes Back.”

“Equinox … A Journey Into the Supernatural” hit theaters in 1967. Muren later sold it Hollywood producer Jack H. Harris of “The Blob” fame. Harris re-cut the movie and released it worldwide under the shortened title, “Equinox.” in 1970.

“I always felt we did a pretty amazing job for kids,” says Muren, who was a college freshman at the time the production began. “I had never taken it that seriously, but it’s taken off.”

ALSO CHECK OUT: J.J. Abrams Steers ‘Star Wars’ Back to the Future

Muren’s post-“Equinox” career has few equals. He joined the “Star Wars” production team as the second camera man, and he didn’t even meet George Lucas until later in the shoot.

“He was the first director I worked with” says Muren, who shot both “Star Wars” and “The Empire Strikes Back” before teaming with Steven Spielberg on “Raiders of the Lost Ark.”

Muren’s groundbreaking work on subsequent blockbusters did more than keep audiences entertained. It revolutionized the way stories are told on the big screen. Introducing digital wizardry into the FX playbook proved bittersweet for someone who grew up on stop-motion animation.

“I didn’t think it would change everything as it did,” he says. What it has done, though, is force a formally collaborative process to become more individualized. That, he suggests, can hurt the finished product.

Before CGI, artists would meet about a given effect, offer feedback and share ways to make the visuals integrate with the story.

“I miss that,” he says. And, if effects aren’t handled properly, audiences can sense a detachment between the special effects and the narrative. “Often the effects don’t seem to join in with the movie. It looks like a storyboard, a still shot.” 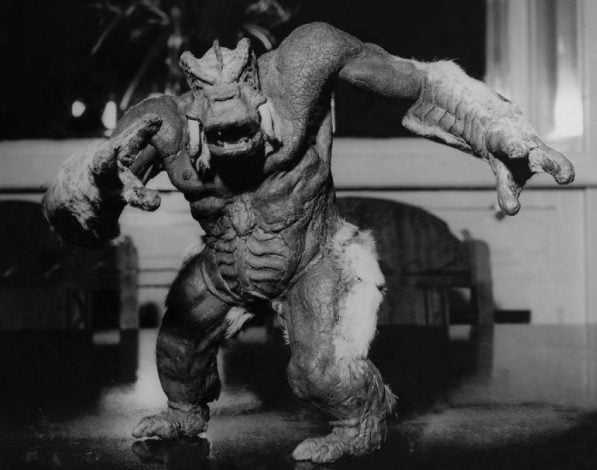 The right director can help reign that in.

Legends like Lucas and Spielberg “know what they want … they’re visualizing it in their mind and they can pretty much explain it,” says Muren, who most recently helped bring that remarkable bear attack sequence in “The Revenant” to life. “They can tell if [an effect] is working or if they don’t see it.”

“There are so many effects movies out there that aren’t fun. It’s just bombardment without purpose,” he adds.

So what can audiences expect next at the Cineplex? Muren doesn’t anticipate any major breakthroughs like the impact CGI had on the industry. If anything can serve as a game changer, though, it’s virtual reality (VR).

“It’s pretty amazing when it works,” he says.

As a boy, Muren famously dialed up FX legend Ray Harryhausen, the unofficial king of stop-motion effects, to pick the master’s brain.

“Ray was excited anyone bothered to call him,” Muren recalls of his eventual meeting with Harryhausen.

Today, Muren serves as senior visual effects supervisor with Industrial Lights & Magic (ILM). He tries to be as approachable as his late mentor.

So what would he tell a budding FX artist today?

“If you want to do something, you just do it,” he says. “You don’t talk about it, or wait for the next piece of equipment to come out to make it better. Stop talking and do it.”

“You can fail. ‘Equinox’ was a failure … it didn’t live up at all to what I thought I would get out of it,” he says. “Success is not judged by other people. What you’ve learned in the process … take that and apply it to the next job.”