The screen legend 'gets' America better than most U.S. filmmakers. And that drives some reviewers crazy.

Clint Eastwood did it again with his newest film, “The 15:17 to Paris.”

The 87-year-old icon drove liberal critics batty with his 2014 smash “American Sniper.” Heroism? Sacrifice? All-American values? It’s like garlic to some film critics. They’d rather swoon at films depicting the U.S. Military in an unsavory fashion.

“The 15:17 to Paris” makes their jobs harder. The story focuses on three heroes (playing themselves) who thwarted a terrorist attack aboard a Paris-bound train in 2015.

Some critics went the extra mile all the same. After all, “Paris” extols the American spirit, Christianity and military valor. That cannot stand in some quarters.

A few critics hated how Eastwood didn’t give enough screen time to the terrorist in question, Ayoub El-Khazzani. Take this review in The National Post.

15:17 to Paris overly simplifies the attack and its aftermath. The terrorist (Ray Corasani) snarls and wears sneakers, but there’s little more to him.

What were his favorite Web sites? Was he a glass half full kind of gent?

Slate also has the sads about the terrorist’s lack of definition.

And the sense of wheelspinning only underlines the movie’s failure to make its antagonist more than a cartoon scowl with a Kalashnikov. The geese in Sully were more well-rounded characters.

One misses the prismatic structure of the 15:17 to Paris book, which fuses multiple points of view—including El-Khazzani’s—and which is reduced by Dorothy Blyskal’s script to cut-and-pasted bromides.

The Daily Beast attacks Eastwood for daring to use symbolism in an unapproved manner.

As for the villain in question, Eastwood primarily films his hands, sneakers, arms, and back, all as a means of making him some sort of faceless existential threat—a symbolic vehicle for Stone’s “greater purpose.” Mostly, though, it’s just another example of The 15:17 to Paris’ regrettable blankness.

The Pittsburgh Post Gazette drops in some Trump bashing mid-review while bemoaning the film’s patriotic meme.

But at this point, there’s a certain repellent hubris about [Eastwood’s] patriotic formula: Make America grate again, on the rest of the world, in paint-by-numbers (red, white and blue), which happen to be the same as the Tricouleur — not that Mr. Eastwood makes any use or reference to that.

The Irish Times takes issue with the main character’s faith but cheers a blast of anti-Americanism in the script:

There’s a great deal of God-bothering throughout. (An early ADD diagnosis for Skarlatos and Stone is met with “My God is bigger than your statistics”.) But that is only to be expected in a film about friends who insisted they were “guided by God”…

The film does take at least one swipe at American exceptionalism; when Stone and Sadler assert that Hitler died in his eyrie surrounded by American forces, they are soon corrected by a German tour guide: “You Americans can’t take the credit every time evil is defeated.” Still, those seeking geopolitics or any hint that US foreign policy helped forge Isis will be sorely disappointed.

Because that’s why most people go to the movies in the first place, right?

Professional curmudgeon Rex Reed offers up this odd observation: “We never really learn much about the three leads or their take on terrorism…” Here’s a wild guess … they’re against it?

The Daily Mail goes anti Christian with its review with a dollop of Trump bashing.

Let’s save the “best” for last.

In a bizarre sort of “can you top this” comes The New Yorker. The outlet’s critic calls the film a “reactionary fable.” And it gets worse from there.

In one peculiar sequence, he goes round to see Spencer, who opens his closet and hauls out an entire arsenal of toy guns, tossing them onto the bed. “You never been hunting?” he says, adding, “Let’s go and find Alek and play war.”

As I watched the scene, I thought, You could cut it out of this movie and paste it, unchanged, into another one, about a nice suburban kid who grows up and carries out a mass shooting.

It’s clear we have a winner. 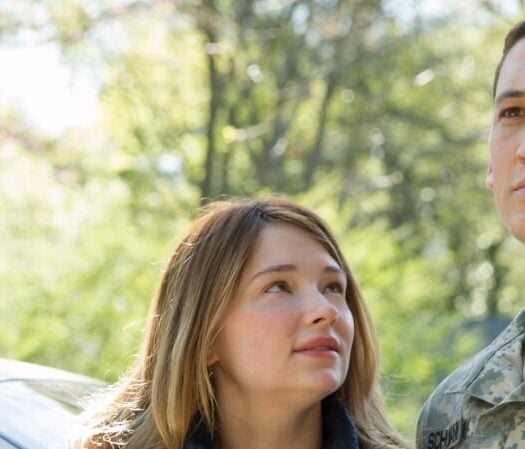 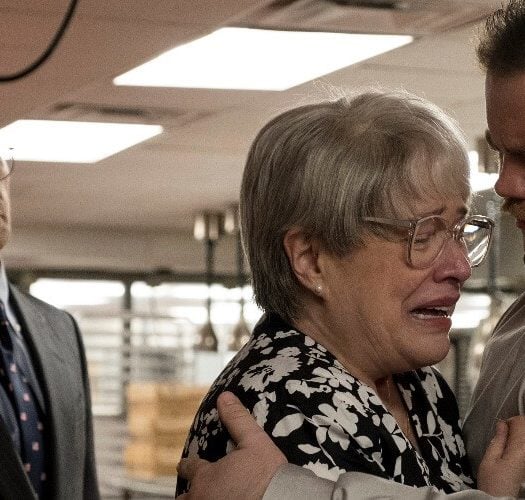