We needed a satire on homeland security's dark side, but this intermittent romp can't seal the deal.

We’ve come a long way since 9/11, and the last two films from Chris Morris prove it.

Morris returns with “The Day Shall Come,” a film eviscerating America’s homeland security efforts. The concept shows the strength of western culture and, sporadically, Morris’ undeniable wit. It’s still a slog, a clever concept that sags between undeniably sharp one liners.

Marchant Davis stars as Moses, a delusional black preacher prepping for a future race war. He’s stark raving mad on the surface, but he only poses a threat to his immediate family.

He’d rather preach his anti-white gospel than put in a hard day’s work.

Enter a team of block-headed FBI agents desperate for a terrorist scalp, real or otherwise. Led by a sublime Denis O’Hare, the group smacks its collective lips over Moses’ flock. So the agents, including a conflicted Anna Kendrick, set a bogus sting in motion.

What follows is a comedy of errors on A-rod level steroids. There’s bumbling on both sides, but it’s what happens on the homeland security front that draws intellectual blood. Turns out the U.S. government has bated similar fools into terrorist traps, something viewers may not know.

And, at times, the dialogue is so sharp you’ll want to grab a black mask and rage against the machine.

So why is the film so dull for maddening stretches? The first act’s delirious set up fades, for starters. Watching Moses’ squad go through its Python-esque drills is a hoot, as is the overt backstabbing on Team FBI.

“The Day Shall Come” is like an unofficial sequel to “Office Space” minus the TPS reports.

Morris, who co-wrote the film with Jesse Armstrong, can’t keep his manic plates spinning fast enough. That leaves us with a gaggle of unpleasant characters, a story that creeps forward and targets almost too ripe for the taking.

The finale picks up the pace, slathering satirical smart bombs across the screen.

FAST FACT: Chris Morris directed several episodes of HBO’s “Veep” in between his films “Four Lions” and “The Day Shall Come.”

Dark comedies demand near-perfect tonal shifts, and on that level “The Day Shall Come” never wavers. The cast, script and visuals all align, sharing the identical purpose. It just lacks the snap of great satires, even if some isolated moments come close.

Jim Gaffigan appears all too briefly, decorating two scenes without delivering a single laugh. That seems impossible given his prodigious talent, but “The Day Shall Come” excels at squandering its resources. The entire cast is more than game for scathing satire. There’s nary a false note in the film’s brief running time.

What’s missing? More laughs, and even a hint that for every stumbling, bumbling bureaucrat there’s a dozen others successfully stopping the next terrorist strike. That context might have made the barbs dig even deeper.

HiT or Miss: “The Day Shall Come” packs potential, but the sluggish plot and comedic dead spots dull its sting.

‘Race’ Runs on Character, Not Victimization 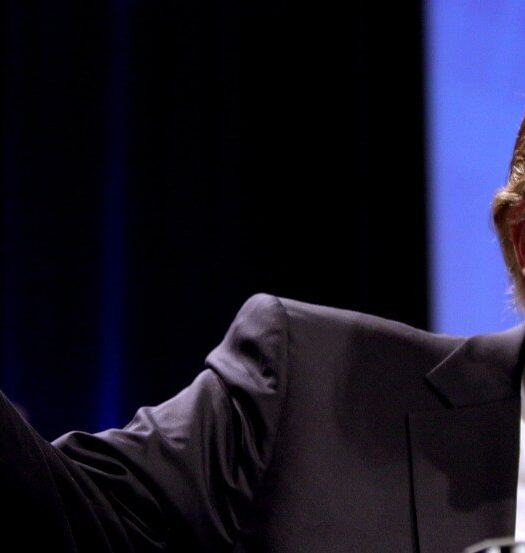 Read More
An Open Letter to Jim Gaffigan: Why We Support Trump