“Dark Money” bills itself as an exploration of the effects of the Supreme Court’s Citizens United campaign finance decision.

The documentary uncovers a world of dark money buying legislatures, state houses and courts against the wishes of the citizenry. Certainly it traces some actual cause for concern and at least one case of law-breaking. But the bulk of what traces doesn’t have much to do with Citizens United, and the tale is both hyper-partisan and poorly-told.

“Dark Money” follows the story through the eyes of John S. Adams, a Montana-based state government reporter, and his long-term investigation into the intense involvement of a 501(c)4 named American Tradition Partnership in Montana politics.

Montana had a history of outside business interests buying Senate seats, leading to a 1912 state law preventing corporate contribution to campaigns, fighting to maintain those restrictions after the 2009 Citizens United decision.

It’s reasonable to see why the state is of particular interest.

Adams not only investigates the illegal collaboration among Wittich, Essman and the American Tradition Partnership, he also comes across who’s actually funding them. Wittich was eventually convicted of illegal coordination, in large part by the testimony of former campaign staffers. (Full disclosure: I am personal friends with Sarah Arnold and her husband, Matt.)

Still, for all that, It’s not entirely clear that screenwriters Kimberly Reed and Jay Arthur Sterrenberg actually understand the ruling or its legal underpinnings. They adopt wholesale President Barack Obama’s 2010 claim that it “reversed a century of law.” ABC’s Brian Williams intones that the ruling, “overturned 100 years of campaign finance,” and MSNBC’s Rachel Maddow calls it, “one of the most reviled Supreme Court rulings in history.”

But we never find out what the ruling actually did.

Candidates and parties were already prohibited from coordinating with independent groups, and even after 2002’s campaign finance reform, groups were decrying the influence of “soft money” given to parties and independent Stealth PACs known as 527s.

None of that is mentioned.

“Dark Money” leaves out a tremendous amount of relevant background information. Every documentarian has to make choices about what to include and leave out. Director Kimberly Ross’ decision to omit almost all the relevant legal context does a real disservice to viewers.

Even some left-of-center outlets say Citizens United is perceived as being more important and more revolutionary than it actually was, and that those seeking campaign finance reform would be better off directing their energies elsewhere.

Ann Ravel, a Democratic former chair of the Federal Election Commission, correctly mentions Watergate as the impetus for federal campaign finance reform and the creation of the FEC. But she immediately jumps to her post-2010 role in California’s attack on the Koch brothers’ electioneering activities. Two weeks after those revelations were announced, President Obama would appoint her to the FEC.

There is no mention of Buckley v. Valeo, the case that permitted limits on contributions but not expenditures.

Those two cases form the backbone of the Citizens United ruling, but the viewer is left with CNN’s Jeffrey Toobin intoning that the Court equates giving money to a candidate with holding up a sign at a rally. That’s not a summary of the free speech issues involved. It’s a caricature.

Perhaps worse, there is no mention at all of the Bipartisan Campaign Reform Act of 2002, conventionally known as McCain-Feingold after the two sponsoring senators, John McCain (R-Arizona) and Russ Feingold (D-Wisconsin).

Challenges to that law led to Citizens United, and to previous challenges that had overturned some of the law’s provisions, such as FEC vs. Wisconsin Right to Life in 2007.

The BRCA prevented corporate or union political advertising from mentioning a candidate within 30 days of a primary or 60 days of a general election. FEC vs. Wisconsin Right to Life struck that down. Citizens United went farther, holding that the FEC could also not prevent theaters from showing documentary critical of Hillary Clinton within that time frame.

The irony of Senator Jon Tester (D-Montana) being portrayed a heroic victim of Citizen United in a documentary opposing Citizens United in the year of his re-election campaign was apparently lost on the filmmakers.

Anonymous outsiders who don’t have to live with all the results of an election parachuting in rightly makes people uncomfortable. Actual illegal coordination understandably makes them angry. Had the filmmakers moved in a more or less linear direction with the Montana investigation, pausing now and then to examine the legal history or show any evidence that contributors were being rewarded quid pro quo, they might have had the makings of a solid documentary.

Instead, they drag the viewer along on at least two diversions that end up not only scattering the narrative but also damage the film’s credibility.

The State Supreme Court halted the investigation in 2016, after it turned into a dragnet of dozens of conservative groups, individuals and even churches.

Adams dismisses that conclusion as the result of Court that had been bought by those same groups.
The Supreme Court had shut down an investigation that it found unconstitutional and without basis in law.

Then, a state Department of Justice examination concluded that the DAs and the Government Accountability Board not only continued to collect information in defiance of the court order, the lead investigator leaked key information to the Guardian. All of this is unmentioned by Adams and unreported in the film, all but stating outright that the only reason Walker got away with it was because his friends had bought the Court for him.

The other excursion takes us to the FEC in Washington, where a long-serving Democratic member accuses the Republican half of the Commission of deliberately gumming up the works and refusing to enforce the law, beginning in 2008. But it was in 2007 that the Commission failed to write new rules about 527s, the Stealth PACs.

How Obama Enters the Frame

Further, the chyron on the CSPAN video mentions John McCain’s campaign’s attempted withdrawal from federal matching funds, leaving the impression that the FEC refused to enforce the law against him. But the Obama campaign also refused federal matching fund, freeing itself from FEC scrutiny, especially as regards its failure to use even basic credit card security in its online donations.

Finally, the film focuses exclusively on the Koch brothers and the extra-party political operation they have built. “Dark Money” dubs them “the poster children” of the politically powerful “American oligarchs.” But the Democrats have their own network, the Democracy Alliance, which is equally secretive, and if anything, better-funded and organized.

It’s necessary for a documentary to have a point of view. If Reed and Sterrenberg want to convince the world that the Koch brothers and the Republican party pose an imminent threat to American democracy, more power to them. But in this case, they manage to let that bias disrupt the narrative, and mislead the viewer.

There’s a fine documentary about campaign finance waiting to be made. It’s a shame that Dark Money isn’t that movie.

Joshua Sharf is a fiscal policy analyst for the free-market Independence Institute, focusing on public pension and public finance issues. By day a web developer, he has also found time to run for the state legislature, be a state editor for WatchdogWire.com, write for the Haym Salomon Center, and produce a local talk radio show. He has a Bachelors in Physics from U.Va., and a Masters in Finance from the University of Denver, and lives in Denver with his wife, Susie. What’s left of his spare time is occupied by blogging occasionally at View From a Height, and photographing his adopted home. 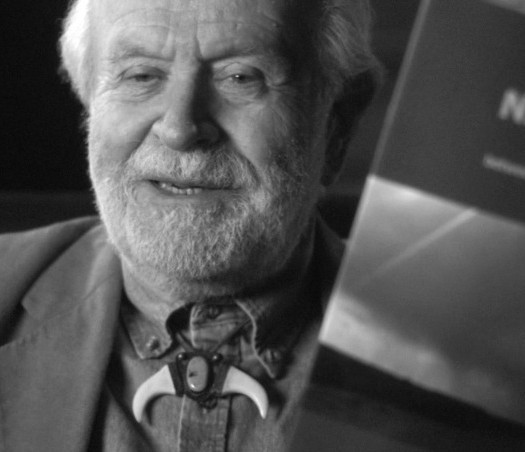 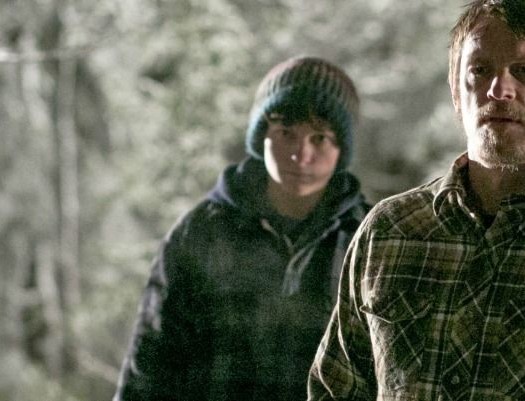