“Lawrence!” the imposing Brit bellowed, “You are here to be processed!”

You may or may not have what the OOA is looking for! You are to answer the processing server’s questions. If you do not, I will remove you!”

This was my introduction to Damien Gerard, aka the bullying and sadistic Simon, in the groundbreaking immersive theatre production “The Tension Experience”. It would not be the only time I saw Simon. Over the course of several weeks, I encountered him several times, each visit revealing more and more shadings of his character – plus an endless barrage of commands wrapped in insults packed in profanity.

Talk about a rude awakening.

I was thus surprised to discover, after the “The Tension Experience” wrapped, that Damien Gerard himself was as sweet and kind a gentleman one might ever meet. He also is a consummate professional, a gifted actor, and dedicated to the craft he loves.

Damien had thought about being an actor for a long time. He had the bug in his earliest days, he said, to the point where he took playing his character in the legendary roleplaying game, “Dungeons and Dragons”, very seriously.

“From that I got into live-action roleplaying (LARP), then to improv theatre in the early 80s. I’ve since run a number of immersive horror, sci-fi and modern day pieces over the years.”

It was only a few years ago he decided to sell everything he had, including his beloved Aston Martin (he’s a huge 007 fan), and move to America. Since then, he’s had to keep up with all the work he’s been offered in film, television, commercials, voiceover, and most recently, immersive theatre.

“I’ve been extraordinarily fortunate to be welcomed here in America. I’ve discovered I have so much to learn from my American colleagues, and pleasantly surprised to find they are learning things from me. The work ethic here is as top-notch as it is in the UK, and the people I’ve met in every medium has inspired me to constantly raise my game.”

That brought us back to the topic of immersive theatre.

“It has been a very enjoyable experience with so many gifted actors in the immersive productions I’ve done. It really does inspire. At no point have I settled back and coasted. In fact, I’ve felt like I’ve been pushed by the other actors, which means I’ve hopefully been getting better and better as an actor.”

I asked Gerard how it differs from traditional proscenium work.

“With immersive, there’s often no safety net of having a script, or blocking, to hide behind. It’s just you and the audience, up close and personal, living or dying by what you say or do. It’s raw and visceral and if you are not 100% in your character, the audience is
so close, they can smell the inauthenticity.”

Having shared plenty of scenes with Gerard in “The Tension Experience”, I never felt for a second that Simon was anything other than flesh and blood and bloody intimating. That’s how he appeared to me, anyway. Is it always that easy?

“Not at all. One thing I’ve learned is that no plot survives contact with the audience. That is, no matter what I do, the audience will always try to read something else into it. This isn’t a bad thing, as it allows me to grow as an improv actor, and keeps my mind sharp as I’m always having to think on the spot.” For example, Simon had set criteria, background, history, and snippets of info to give out, but the audience still found ways in and around that info!”

Is that the same as his role as Lindsay, the harried butler in Just Fix It’s production of “The Willows?”

“Exactly the same thing happened. The audience is so eager to interact that it really inspired me to take what they have said, and weave a story around it in such a way that they don’t realize I’m improvising. It’s a wonderful challenge. I am so grateful to have been in both of those shows, as they have helped me become a better actor.”

As immersive theatre grows exponentially, particularly in Los Angeles, having the kind of expertise Gerard brings as an actor (and occasional director) is priceless.

Gerard will also be appearing in a “hotly anticipated immersive theatre piece, returning after a two year hiatus, so stay tuned”. He will also be directing an immersive piece of my own next Spring.

I just hope he doesn’t yell at me.

Are You Truly Prepared for ‘Theatre Macabre?’

Read More
Are You Truly Prepared for ‘Theatre Macabre?’ 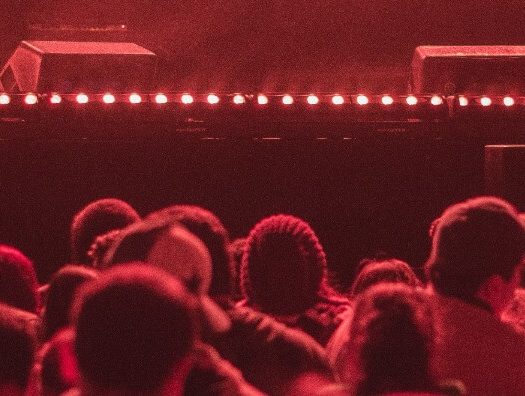