Langfield was producing several talk shows in New York City when she talked herself into reviewing both film and theatrical shows for a morning drive program. That led to appearances on both local and national TV programs, plus her own show interviewing some of Hollywood’s brightest stars.

Through the years she watched as the Internet transformed journalism and threatened the careers of her fellow film critics. She refused to let the dawn of new media derail her ambitions.

Today, her syndicated radio programs, Joanna Langfield’s Entertainment Reports, are heard by a worldwide weekly audience of over one million. Themovieminute.com offers both her written and audio commentaries, and her reviews also appear at Indiewire.com.

Langfield checked in with HollywoodInToto.com to discuss the changing face of movie criticism and why it’s essential to embrace the times.

HollywoodInToto.com: Do you approach a film review differently today than when you first started writing, and is that the result of your growth as a writer or the demands of our new media age? Both?

Joanna Langfield: Thank God I’ve changed the way I approach my reviews. Otherwise, had I not grown and been able to adapt, not only would I not be here, I don’t think I would be of any value as a contemporary critic. No art thrives in a vacuum. It’s important to not only look at the film you are reviewing as a piece onto itself, but also within its social context, its place in society and its impact there. I’ve learned to, borrowing a phrase, “love the bomb,” for example, appreciate the bonuses of the kind of highly packaged commercial piece that may not be my particular fave, but does what it sets out to do: make a whole lot of people happy. It may not be high art, but there’s really nothing wrong with that.

It still does kind of drive me nuts that a part of the job has been reduced to an immediate 140 character summation of a whole lot of people’s years of passion and commitment, but there you have it. I try to take it as a challenge, consolidating my thoughts with a laser. Once in a while it works, too. 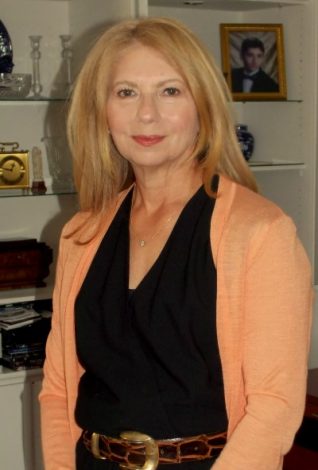 HiT: Can you break down your approach for a movie review? Do you take notes in the theater? Do you reference the production notes? Write the first draft without making corrections in one, stream of conscious rush?

JL: I do like to “simmer” my thoughts a bit before sitting down to write. Deadlines, screenings, embargoes and life being what they are, I don’t always get that luxury. But, yes, I do scribble notes during a screening, even if they are often illegible afterwards. I sometimes refer to press notes, but try to stay away from the studio’s affectionate packaged quotes in them, so, often I put the cast and crew list up on my screen, then refer to just that for information and inspiration as I plug away. And yes, I do plug away. It often takes hours to write, re-write, edit and hone a “Movie Minute.” Go figure. But if artists spend years creating something, and readers/listeners honor me by seeking out my reaction, it’s the least I can do to honor all that.

HiT: Is there a particular review you filed that you later regretted, perhaps because you saw the film a second time later and had a change of heart?

JL: I’ve reviewed thousands of films, so no one review stands out to me as a mistake. I will say, though, I often find I, personally, have a higher tolerance for stuff I watch a second time at home, or on an airplane, than I do when I show up at a theater and people are expected to pay the big bucks. So there are a few movies I’ve warmed to later on, under different expectations.

HiT: Today everyone is a film critic thanks to blogs, social media and even Twitter. What impact is that having on the film industry, if any?

JL: The social media impact on film criticism has been enormous. And there are advantages and disadvantages to that. I mentioned earlier my on and off love affair with Twitter, Facebook and the like (come find me and say hello!). And I, certainly, don’t want to be the last generation of professionals here, and the widening of platforms offers opportunities as replacements for the narrowing traditional options. But I do worry about colleagues asked to work for nothing. How can anyone hone their craft on an empty stomach?

HiT: A skeptic would look at Hollywood and say, ‘tent poles are here to stay, leaving mid-level movies in jeopardy. And good luck getting money together for your indie film project.’ Do you feel hopeful about the state of the film industry … and why/why not?

JL: I am always trying to be hopeful about the industry, although there are many times I leave a screening shaking my head in despair! However, streaming, cable and other non-theatrical distribution markets have widened the field considerably, giving, I hope, better potential for the so-called mid-level indies. It’s those traditional “tent poles” that are looking more and more vulnerable to me.

HiT: If you could convince a stranger to see five films he or she may never have heard of before, what would they be?

JL: Just five? It’s hard to narrow it down to specific titles, but I always like to encourage very one to try a film or two from different parts of the spectrum, period dramas as well as contemporary romantic comedies, classics and space age sci-fiers, documentaries and foreign releases. Not all schools may work for everybody, but if any new discovery I’ve recommended gets the viewer to take notice, and hopefully make their day or their life just a little bit better, I’ve done my job.