DC tempted fate this week when it again tweaked Superman’s look this week by giving him fingerless gloves. (Why an invulnerable character needs gloves – fingered or not is beyond me, but I’ve never followed Supes all that closely.)

This new design, from rock star penciler John Romita Jr., also features a new belt, a different cape attachment and more traditional boots. It follows the major redesign from DC’s New 52 reboot in which the superstar famously ditched his red underwear. Fans of the “Man of Steel” movie will know what I’m talking about. 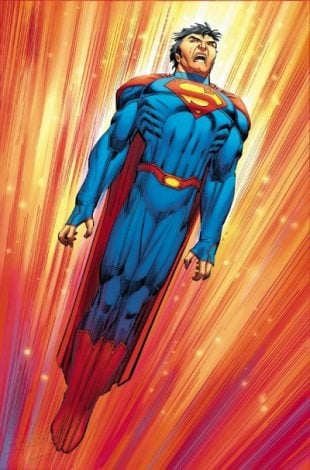 For a character that has barely changed his look in nearly a century of saving Lois Lane and Jimmy Olsen, this is a major shakeup.

Another of this week’s character costume tweaks – though this one attracted much less attention – was Marvel’s Angela.

Although fairly new to the Marvel universe (she was created as part of Todd McFarlane’s series “Spawn”), Angela played a role in the popular “Guardians of the Galaxy” comics series and was recently revealed to be the lost sister of Thor (the male Thor Odinson, not the female Thor from the excellent current series).

Angela was originally drawn like many female comic characters – scantily clad with Barbie-like proportions. The bust-line isn’t shrinking any time soon, but now this warrior (she’s known as Asgard’s Assassin) is wearing somewhat-modest armor. Makes a lot more sense as she’s trying to fend off the worst that Norse mythology (and googling teens’ eyes) can throw at her.

Another Marvel female hero is about to get a much-needed makeover. 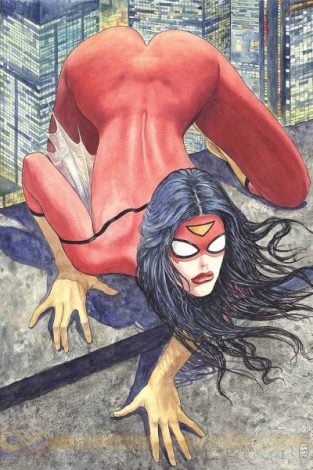 After taking considerable heat for this cover, Marvel is completely revamping Spider-Woman’s look. (In fact, they introduced the new costume in the Spider-Man Unlimited app.) This total redesign – which will appear in the comics soon – still honors the nearly-40-year-old design but updates it for the modern world. It also makes it a bit less gratuitous. It’s something I can show my 8-year-old daughter without being (overly) ashamed.

Now I’m no fashion plate, but like all critics, I know what I like. Will these changes do much to alter readers’ perceptions about women? Maybe, maybe not. But I think they are moves in the right direction.

Now, if we can just get Batman to add a little color…