There’s no shame in having an empty Christmas list. Yet. 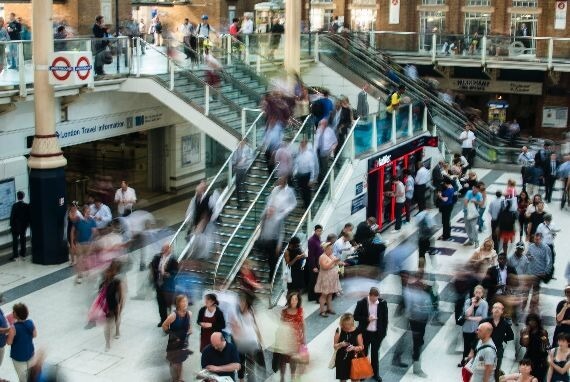 Still, it isn’t easy finding the best entertainment gifts for the holidays. At times there are simply too many choices. It’s a wonderful problem to have, but a problem all the same.

It’s why HiT reached out to some prominent conservatives to see what they recommend this holiday season.

Not all the selections below are right-leaning in nature. Some are, while others hope to make your leisure time brighter as we steer into 2019.

“Thanks a Lot Mr Kibblewhite: My Story

” lets rock god Roger Daltrey tell his side of the Who Saga.

“Whatever complaints I have about what’s missing from Daltrey’s autobiography, they’re all minor grouses. If you’re as obsessed with The Who as I am, “Thanks a Lot Mr. Kibblewhite” is a must-read, and a quite enjoyable one at that,” says Driscoll in his comprehensive review.

.” Plus, there’s a new board game called “Victimology” which makes fun of “intersectionality” and awards various points for each “victim group” you belong to.”

“I would recommend Jonah Goldberg’s book, “Suicide of the West: How the Rebirth of Tribalism, Populism, Nationalism, and Identity Politics is Destroying American Democracy

.” It’s one of the most important and insightful books I’ve read on American culture and politics.

If you’re looking for something less serious, I would recommend “The Thing: Artbook

” – inspired by John Carpenter’s masterpiece, “The Thing.” I revere this film as one of the all-time sci-fi/horror greats, and I enjoyed checking out different artists’ creative interpretations of the many memorable scenes.”

“I can recommend the gift of quality, mindless comedy escape. If you haven’t watched “Schitt’s Creek: Seasons 1-3

Schitt's Creek - "Fold In the Cheese!"

“If you blinked, you probably missed the movie HiT rated 2017’s best: “Thank You for Your Service [Blu-ray]

.” Of the movies I saw in 2017, “Thank You For Service” was the only one that moved me, shook me up, taught me something I didn’t know and made me want to learn more, all while increasing my gratitude and respect for the service to which we pay tribute in the stock slogan that gives the movie its title.

“It also introduced me to David Finkel’s incredibly powerful book of the same name, “Thank You for Your Service

.” I recommend the movie and the book.”

“For me, the best deal out there is still Amazon Prime, an excellent gift for the deserving patriot. You

” trilogy, out in 2019, increasing your joy untold amounts.

“Plus you get lots of great movies free that Netflix doesn’t stream, and just about all the movies available to rent or buy — which will give you a chance to rewatch “A Quiet Place,” with its conservative themes of family, prayer and self-sacrifice, and my favorite movie this year so far “Three Identical Strangers,” a poignant documentary that tells an unbelievable true story.”

. It’s an amazing tool and great for entertainment – the whole world is in your hands. It’s neither conservative nor liberal, which is how Christmas should be. But hippies can load it up with all kinds of left-wing garbage and get a solar charger, while normal people can enjoy whatever they want with the swipe of their fingers.”

“For someone who loves music and is willing to do some slightly challenging but really fun work putting together a high-end audio kit (following instructions, identifying small parts and soldering carefully…and then being careful when testing since it is working with potentially high voltages), I absolutely love the DarkVoice 336SE Headphone Tube Amplifier

I play music from my computer into the Crack and then listen on high-quality headphones. The sound is fantastic, and there’s something super-cool about tube gear. Bottlehead also sells other tube audio kits such as amplifiers and preamplifiers if you don’t want a headphone amp, along with a kit to make your own speakers!

They usually have a pretty big sale at some point during the holiday season. When you can find it available for sale, the Sennheiser HD 6XX (nearly identical to HD 650) is a GREAT match for the “Crack.”

“For an inspiring gift this Christmas, I’d love to read the just-released biography “Frederick Douglass: Prophet of Freedom

.” Abolitionist, orator, preacher, American hero. Americans of all stripes should know more about this amazing man.

As a fun gift, I’d love to revisit some of those classic Super Nintendo games on the SNES Classic!”

” debunks the fact that Jones was some kind of crazy Christian and the heroic persona of Harvey Milk. It also reveals their not-so-secret alliance.

“If you want to get your nerd friend or family member a mainstream comic book that is not bound by political correctness, “Ultimate Comics Captain America

” is oddly conservative as Captain America battles an enemy that seems to be more powerful than himself.

“I recommend the new album by Colorado band Devotchka, “This Night Falls Forever

.” The music is beautiful, creative and at times wistfully mysterious.

“With a booming economy and consumer confidence way up, this Christmas may be the best time in a long while to go big. Really big. The headbangers on your gift list will lose their minds with “…And Justice For All (Remastered Deluxe Boxset)(6LP/11CD/4DVD)

.” What it does NOT include, however, is the bass that so many fans found lacking in the original release.

“But the remasters still sound great.

“For the comic book and Marvel Universe-loving geeks and nerds, “75 Years of Marvel Comics XL: From the Golden Age to the Silver Screen

,” by Roy Thomas. It’s an indispensable, gorgeous volume—the sort of oversized book you want to display on your coffee table—and big enough at 720 to stop a large-caliber bullet.

.” The book will appeal to seasoned Churchill fans and newbies alike.”