The film, set for a March 25, 2016 release, is the first time we will get to see The Dark Knight and the Man of Steel go head to head on the big screen.

Batman v Superman: Dawn of Justice - Official Trailer 2 [HD]
Though their cinematic history together is fresh, their comic book past is long and violent. The highlight for many was the rivalry that led to an epic battle in Frank Miller’s seminal work, “The Dark Knight Returns.”

Miller’s version of Batman and his relationship to Superman has been so influential that “BVS” director Zack Snyder relied more heavily on it than past filmmakers. Snyder even used a famous quote from the book to announce the Warner Brothers film at Comic-Con.

You can even see the similarities between Ben Affleck’s costume in the new movie and the Miller version of Batman’s cape and cowl. 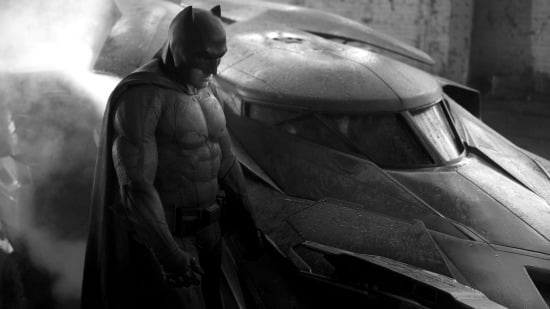 Now, with “Batman v. Superman” set to take theaters by storm, DC comics has partnered with Miller once again for a new chapter in their “Dark Knight” saga. It comes after a less regarded sequel, 2001’s “The Dark Knight Strikes Back,” failed to capture the original magic.

Working with writer Brian Azzarello, Miller and DC are bringing his Batman universe back with force via the eight-part “The Dark Knight III: The Master Race.”

Obviously capitalizing on the impending release of the movie, the book is currently being released on a bi-weekly basis. The first issue is in stores now, to be followed by a one-shot prequel written by Miller himself.

The comic is essential reading for anyone interested in the new movie. “The Dark Knight Returns” may be the book that is providing the most direct inspiration to the movie, but “The Dark Knight III: The Master Race” is essentially doing the same thing the film is doing: bringing Miller’s rich and dark characters into the present.

The first issue is full of surprises, but contains the same edge and heart the original book contained. It also employs the Dark Knight in typical Miller fashion. In other words, it’s better than any other writer might attempt. 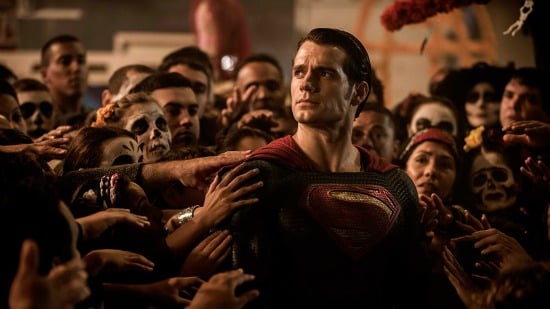 Miller has always used the world of Batman to explore larger political issues and to delve into the human psyche of the character and its relationship to the world. The new comic uses that Batman lore to do the same. And the film, if the trailer and comments from Snyder are any indication, looks to be performing similar tasks with the its Dark Knight.

Both the original “Dark Knight” release and “The Master Race” deal with the media and satirize their trustworthiness while mocking authority figures. The older book dealt with civil liberties and government overreach. The new comic has already dealt with some of the same issues and threw in police brutality for good measure, along with a shout out to the Black Lives Matter movement.

In Miller’s world Batman isn’t really wanted. In the first book he’s a broken older man who has to fight for what’s right despite the world moving on, in an almost Ayn Randian way. The new series seems to be presenting a similar world. Both books are extremely violent and deal with the kind of crimes we see everyday in real life.

DID YOU KNOW: Comics legend Frank Miller co-wrote the screenplays for “RoboCop 2” and “RoboCop 3” and went on to pen RoboCop comic books as well.