Political correctness dominates the comic book industry as much as everything else in modern times.

It even overwhelms the media outlets covering comic books.

Jamison Ashley noticed this long ago. And, after an amusing incident with one such media outlet, he launched Bleeding Fool to offer a different perspective of the four-color world. 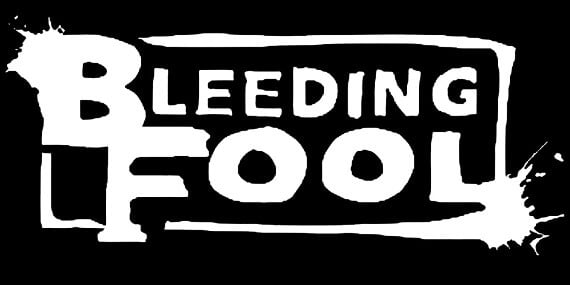 HiT had the chance to speak with Ashley. We discussed how PC, rancor from comic book professionals towards fans, and more are affecting the industry in this exclusive interview.

HiT: What is the story behind the creation of Bleeding Fool?

Jamison Ashley: [Years ago], I discovered a comics-news website called Bleeding Cool. They leaned a bit too liberal for my tastes but because they were prolific and frequently updated, I found myself popping in daily while I enjoyed my coffee or my lunch.

Like most sites, they have a comments section at the end of their articles, where many of the social justice, brainwashed readers would sound off. Being more of a right-leaning Libertarian, I tended to disagree ideologically with several of the posters.

However, occasionally someone like-minded would mention names like Dave Huber, Douglas Ernst, Avi Green and several other “voices in the wilderness.” [But] then the hive-minded progs in the comments section would swarm the commenter until they stopped replying.

Will fans feel better now when they visit #RottenTomatoes and won’t have to see that others may or may not be interested in seeing a film? Does every movie gets a participation trophy? Was this actually in response to #CaptainMarvel, or another film…? https://t.co/6ZQ4QZCur4

One day I was on the Bleeding Cool message boards commenting on a story they were running where the writer was praising the forced diversity of one of that month’s inclusive comics du jour. And I posted that I thought [while] it was commendable that X-Men #94 (published in 1975 and which introduced many of the most well-known X-Men) was EXTREMELY diverse, Marvel didn’t feel a need to promote it as a “diverse comic book.” They just told a solid story and it became a hit.

I was shadowbanned by Bleeding Cool within an hour of making that comment.

That was the day Bleeding Fool was born and it would allow people to sound off without fear of being censored for “wrongthink.”

HiT: The industry is responding angrily to fan objections about rude comic book pros and the declining quality of comic books. Where is this leading and how does it end?

Ashley: I wish it would end, but I don’t think it will anytime soon.

[However], what gives me hope is seeing a renaissance of independent comic creators who are willing to disrupt the current system. They’re just getting started but are quickly taking a bigger and bigger market segment as the Big 2 publishers’ sales continue to dwindle, as they chase a near non-existent SJW minority while underserving and insulting longtime fans.

Time for another installment of Adventures in Awful where a recent comic gets this MST3K treatment. Check out @Katapult checking out Valiant’s Livewire while @J_Ishiro offers pity, wisdom and laughter. https://t.co/TFGlGgWggP #youtube #comics #comicbooks

What I find particularly fascinating is [that] all of the mainstream geek culture websites (CBR, Bleeding Cool, Newsarama, Polygon, etc) NEVER cover the ugly side of the pros.

HiT: Sales of comic books are low. Does the comic book industry have a long-term future?

Ashley: Either a disruption must take place, with new business models, or it’s over.

With the advent of so much media at our finger tips these days, most of it consumed passively, activities like reading a book, even a comic book, are almost too much exertion for many in our younger generation.

And when you calculate that a comic costs $5 these days, can be read in 15 minutes (sometimes less), and usually has no re-readability, the return on a consumer’s investment is paltry.

One can subscribe to Netflix or Hulu for the price of two comic books and watch TV for 30 days, 24 hours a day. That same $10 will only get you a half-hour of fun from the comic shop.

The current model is unsustainable.

Robert just got his copy of ‘Graveyard Shift’ by ⁦@KoniWaves⁩ & ⁦@JonMalin⁩ & has submitted his video (spoiler-free) #comicreview.

There was a massive push for digital, which seemed to do well until it eventually plateaued. There are only so many people willing to devote time on their smartphone to reading comics.

Even the unlimited digital offerings from Comixology and Marvel seem to have peaked.

It just feels like the era is ending for comics and with the vitriol with which so many of the comic pros are regularly giving to fans is only accelerating its demise.

Currently, I support MANY indie creators via crowdfund comics. I recommend others do as well. And I still grab an old collected edition here and there from the big two. The only ongoing comic from Marvel or DC that I have been keeping up with is Conan, which is, of course, a licensed character.

My gut feeling is that if things don’t turn around, Marvel Comics owner Disney will eventually shutter Marvel Comics offices within a decade and allow other publishers to license out the properties. It’s been a great IP farm for them so far.

HiT: What are your long-term goals with Bleeding Fool? Will your focus stay on the comic book industry, or do you plan to expand into something more?

Ashley: I don’t know what the future holds.

We’ve been slowly expanding into other areas of geek-culture like RPG and table-top gaming; pop culture is so fluid and weird. I love it all.

If we continue to attract the contributors who want to keep covering items that the audience is interested in, we will stick around.

Paul Hair is an author who has written several fiction and nonfiction books under his own name and as a ghostwriter. Connect with him at www.liberateliberty.com.