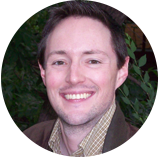 Barry Wurst II writes for Maui Time Weekly and MauiWatch. He’s a member of the Denver Film Critics Society and, from 2006-2014, taught film courses at the University of Colorado at Colorado Springs (UCCS). His article in Bright Lights Film Journal is the definitive film essay on Blake Edward’s “Sunset” (a movie most have never heard of, featured in an article most will never read). He’s happily married and the father of a Maltese named “Charlotte.”