Dave Chappelle has some company in the Cancel Culture wars.

Comedian Andrew Schulz, who leveraged digital media to catapult his career, found out the hard way how the woke mob enforces stand-up.

The comic shared an update about his Toronto appearance, noting how Massey Hall abruptly canceled his shows after doing a little Google research on his past material. He used his Instagram account (1.3 M followers) and Twitter (288.1K followers) to flesh out the story.

Schulz said his “Infamous Tour” is now coming to Meridian Hall in Toronto, but he initially was slated to appear at Massey Hall.

“We had the show locked in, and then Massey Hall hit me up a few weeks ago, and they said, ‘hey, we have to cancel your show… we looked you up and you tell inappropriate jokes, and we no longer want inappropriate jokes on our stage.'”

Schulz’s team shifted gears, securing the city’s Meridian Hall, a larger venue, for a March 2022 date. At the time, the comic worried he might not be able to fill it as he did Massey Hall. 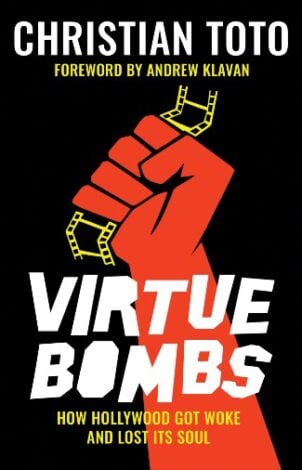 His fans shattered those doubts. The first show sold out in seven minutes, Schulz said. The second show? It sold out in an hour.

“It turns out the fine people of Toronto enjoy some inappropriate jokes,” Schulz said.

A quick look at Massey Hall’s web site suggests management adheres to a woke mindset. The hall “acknowledges the original peoples of the lands on which these building now stand, the Mississaugas of the Credit First Nation. We also acknowledge the Anishinaabe, the Haudenosaunee, and the Wendat peoples who also shared these lands.”

The “Boyscast” host and viral video sensation said he’s canceling his upcoming appearance at Massey Hall in solidarity with Schulz.

The current cancellations mark a new front in the Cancel Culture wars.

Lower profile battles suggest the fight has been going on for some time. Trump-friendly comic Steve McGrew lost a lucrative annual gig in Las Vegas when club owner Brad Garrett said his political views were too extreme for him.

Andrew Schulz Explains Why America Is Not That Bad

The native New Yorker isn’t your typical stand-up comedian. He’s not liberal, for starters. He finds the funny on both sides of the aisle, something obvious in his Netflix special. His podcast sounds like a variation on “The Howard Stern Show” circa the 1990s.

His debut comedy album “5:5:1” hit no. 1 on the iTunes comedy album charts and #19 across all genres three years ago.

Since then, he’s appeared on HBO’s “Crashing,” Amazon’s “Sneaky Pete” series and films like 2018’s “Halloween.”

Hollywood in Toto has reached out to Massey Hall for comment.

UPDATE: Schulz shared on Twitter that he’s scheduled a third show at Meridian Hall after the first two sold out. HiT has yet to hear back from Massey Hall regarding the cancellation of Schulz’s original show. Nor has the venue responded to a similar request from BlogTo.com, a site that also reported on the Cancel Culture attack on Schulz.