The co-anchor of “Colorado’s Morning News” on Denver’s KOA News Radio often leaves the studio when the news cycle demands it.

That could mean covering the Denver Broncos’ Super Bowl parade or embedding with U.S. troops to get a better understanding of the Iraq War.

Tubbs’ 1995 trip to cover the bombing of the Alfred P. Murrah Federal Building in Oklahoma City left him with post traumatic stress disorder, or PTSD. That condition, combined with his extensive support for the U.S. Military, led him to direct “Acronym: The Cross-Generational Battle with PTSD.”

The film, which premiered in November and will screen March 16 at the Fulginiti Pavilion in Denver, lets veterans discuss how PTSD impacted their lives after coming home from the war. The documentary also offers some hope for those grappling with PTSD.

Tubbs, a four-time winner of the Edward R. Murrow award for national reporting, touched base with HIT to discuss the documentary, juggling several jobs at once and why more reporters should embed with the U.S. Military.

HiT: You’ve said ‘Acronym’ explores PTSD from a different angle than previous documentaries… can you explain?

TUBBS: “Acronym” is different because it focuses on the cross-generational aspect of war trauma. We took the time to be sure to hear from WWII, Korea, Vietnam, Gulf War I & II, Somalia and Iraq and Afghanistan veterans. The not-so-astonishing part after hearing from the different men and women is they all have experienced in essence the same things in war. Our biggest focus is to shed light on the fact 22 U.S. veterans kill themselves every day. Another 75 attempt. It is unacceptable.

HiT: Many veterans struggle to open up about their war experiences … either because they’re modest about the victories or the violence and suffering of war is too painful to recall. As a journalist and filmmaker how did you overcome that? How did you get sources to open up?

Tubbs: The only way to have “Acronym” succeed was to capture the true, honest emotions from the veterans themselves. To a person, each veteran featured in our film wanted to open up in hopes of helping other veterans. In nearly every interview, the veterans got extremely emotional as they opened up about their painful memories.

HiT: How critical was having your own experiences with PTSD to making ‘Acronym?’ Was it ever an obstacle?

Tubbs: I think in remembering how I felt after covering Oklahoma City bombing, I could relate to the pent-up feelings many veterans have. But in no way would I ever compare what I felt to what these amazing veterans have gone through. No one was trying to kill me in Oklahoma City. 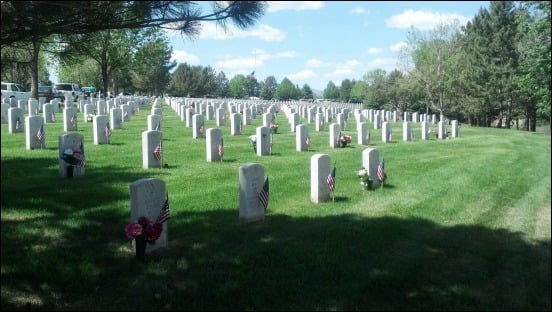 HiT: Is there a particular profile in the film that resonated with you the most? Why?

Tubbs: They are all incredible stories, but the one that sticks with me and so many people who have seen “Acronym” is the gut-wrenching story of Afghanistan veteran Cynthia Berry. While driving the lead vehicle in a convoy, she hit and killed two boys on bicycles. Because it could have been a set-up and ambush, they never stopped. As she says in the film: “That pretty much destroyed me as a person, and as a mom.”

HiT; Do you think news coverage of the U.S. Military would change if more reporters spent time embedded with the troops as you did?

Tubbs: Without question. But I’ll take that a step further. I think all politicians should spend time where we have troops. And I’m not talking about the quick two-hour visit.

HiT: How would you score Hollywood on how it depicts PTSD in feature films and TV shows? Has Hollywood’s depiction of military matters evolved in recent years? For better or worse?

Tubbs: We use clips from “Patton,” “Captain Phillips” and “American Sniper” in “Acronym.” I think Hollywood has done a good job of depicting war trauma – none better than “Saving Private Ryan.”

HiT: The future of ‘Acronym’….Netflix? PBS? Other distributions models?

Tubbs: We are determined to stay eligible for the 2017 Academy Awards for the long-form documentary category. Our view is ‘someone has to win, why not us?’ There are tons of hurdles to overcome – among them: we can’t broadcast the film on any outlet.

We can’t sell copies of the DVD. What’s really tough is in order to be even considered for an Oscar, we have to show the film at a theater in both LA and New York City, run an ad in the LA or New York Times and get it reviewed by a critic in one of the papers. We’re not about hardware – if we win film festivals or get accolades that’s great, but more than anything I want the issue of veterans and PTSD to get into the mainstream.

HiT; Acronym is your third film … on top of being a dad to three boys and anchor to a major radio station how hard is it finding the time for these projects?

Tubbs: I absolutely love making films. We can take the time to go in-depth on important issues… we can make “documentary films that matter” (just got that trademarked, by the way!) It stinks to get up at 3 a.m. every day [for the radio show], but it gives me the opportunity to spend time focusing on film projects. I’ve got the next few already in mind. You only get one life – you better take advantage of it.

photo credit: In Honor of Memorial Day 2009, A Funeral Flag, A flag prepared for presentation to the next of kin … Lion of Fallujah is laid to rest via photopin (license)