Trump delivers raw comedy gold on an hourly basis. And that’s just via his Twitter feed. The ego. The misspellings. The inanities. The lightning-quick backtracking from outrageous positions.

The only problem for a humorist? What absurdity to tackle first? 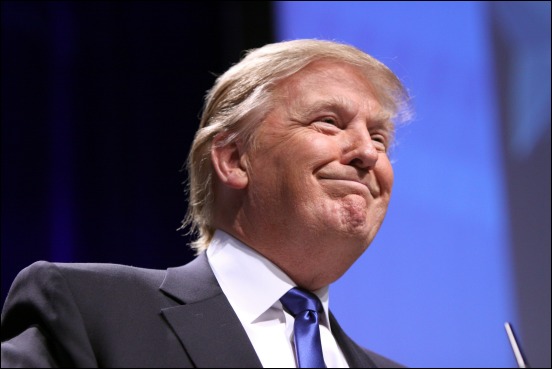 That provides “SNL” with not one but two benefits. The show gets a steady flow of inspiration, and it all comes at the GOP’s expense.

RELATED: ‘SNL’s’ Bias Boiled Down to One Sketch

The once-balanced comedy show is now hopelessly partisan. For seven years it held back on President Barack Obama. Even a public figure as foolish as Vice President Joe Biden more or less got a pass.

At This Hour Cold Open - SNL

“SNL” isn’t content to merely taunt Trump, though. It weaponizes him against the GOP.

After all, when comedians let their biases seep into their material it’s not an accident. The show’s scribes took notes when former star Tina Fey hammered Palin, and the Alaskan governor’s approval ratings subsequently sank.

That Palin would eventually live down to Fey’s impression is the politician’s own fault.

But here are four ways “SNL” is using Trump to hammer not just the real estate mogul but his newly adopted party:

GOP voters are partially to blame for all of this. They’ve made Trump the frontrunner for months now, and barring a convention switcheroo they’ve paved the way for him to become the GOP nominee.

“SNL” has giddily done the rest, weaponizing Trump as the show sees fit. And it’s only April.

And by the way…

Did you notice the very first line in “SNL’s” cold open, featured above? The faux CNN anchor says she has the “brain for MSNBC” and the “hair” for Fox News, which puts her squarely in the middle via CNN. Sometimes the show’s writers don’t bother to hide their biases. And any comedy writer who thinks a network that hires the likes of Alec Baldwin (briefly), the Rev. Al Sharpton, Ed Schultz and Melissa Harris Perry represents a “brainy” news outfit … well, that’s pretty funny.