Despite earning more than $870 million worldwide, the film was dubbed a disappointment by fans and industry watchers alike.

Some story spoilers ahead…

At three hours and two minutes, “Ultimate Edition” is a commitment. Whether that commitment is worth it depends on the viewer’s feelings towards both serious comic book movies and Snyder’s original vision.

Some complained the original “BvS” dragged in many places, the dramatic bits of build-up outweighing the superhero action. The “Ultimate Edition” doesn’t change that. The added scenes almost entirely belong to the first half. 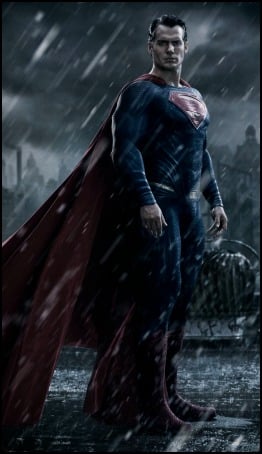 This “Ultimate Edition” is not a simple cash grab. There are legitimate new additions that add a great deal of plot and world building to the overall film. Just don’t expect them to win over entrenched “BvS” detractors.

We get more plot surrounding Jesse Eisenberg’s Lex Luthor, one of the film’s more controversial characters. While the new cut doesn’t completely explain Luthor’s motivations, there are some strong moments about his connection to his father. That helps flesh out this strange, babbling villain.

There’s also much more plot surrounding how Luthor manipulates both Clark Kent/Superman (Henry Cavill) and Bruce Wayne/Batman (Ben Affleck). The events surrounding the Africa section of film (which heavily influences the rest of the plot) are clearer now, with entirely new characters being introduced.

Actress Jena Malone (“The Hunger Games” franchise) shines in two new scenes. While many predicted she would be popping up as Carrie Kelley, the “new” Robin, it turns out not to be true. Malone’s character helps Lois Lane (Amy Adams) solve the Africa/bullet mystery. The two play well off of each other, and Malone is a good addition to the film.

Another “Ultimate Cut” strong suit is the world building left out of the theatrical version. There’s a lot more emphasis on the tension between Gotham City and Metropolis (new lines showing bias and snobbery between the cities, plus a violent football game).

Say what you will about Snyder, but he made some smart decisions in pitting Batman and Superman against one another. One of those decisions was putting Gotham and Metropolis a stone’s throw away from each other.

The other news regarding the upgraded “BvS” involves its much talked about rating. While the theatrical version carried a PG-13 rating, the “Ultimate Edition” is rated R. It’s not necessarily the same kind of R rating Snyder’s “Watchmen” or “Dawn of the Dead” earned. It’s still easy to see why this version creeped its way into adult territory in the eyes of the MPAA.

The camera lingers on violent moments, and we see why this is the cruelest version of Bruce Wayne/Batman to date. The “Bat” brand is explained more, and the relationship of Wayne and trusty guardian/servant Alfred gets a closer look.

That exposes both Wayne’s new, violent ways as well as Alfred’s disapproval.

There’s also an F-bomb dropped, that Lois and Clark bathtub sequence gets a boost and a brutal prison assassination by comic book movie standards.

The other changes to “BvS” are extended character moments (which help a lot especially in the case of Superman and Lois Lane) and a few more beats added to some of the ending fights.

FAST FACT: Director Zack Snyder says he fought with the studio over the length of “Watchmen,” too, but went forward when the suits vowed to eventually release a “Director’s Cut” of the film on home video.

The cut’s array of Easter eggs, which should have made it into the theatrical version, will certainly please fans.

A reference to Arkham Asylum (and possible setup) is dropped, Jimmy Olsen is actually named (fans might not like this one) and an obvious setup to “Justice League” is made. That scene hit the web after the film’s release.

“Batman V Superman: The Ultimate Edition” is a great gift to fans. It’s good Warner Brothers decided to put their weight behind the divisive film and let Snyder’s unique, though controversial, vision be seen. If nothing else, it’s a great view for anyone optimistic about “Justice League” or excited about August’s “Suicide Squad.”