The frontrunner for the Republican presidential ticket just defended his penis size on live television.

It all can be traced back to David Caruso.

There are six degrees of separation between the moment Caruso quit “NYPD Blue” and The Donald talking about hand size and penis correlations.

“It all started with David Caruso?”

Caruso was a young actor (a ginger, no less) who found himself inexplicably at the corner of Cool St. and Buckets of Money Ln. What did he do? He walked away.

Not for creative differences or because he wanted to pursue a degree in veterinarian medicine. Nope. He thought he was better than “NYPD Blue.”

He went on from there to the disastrous “Jade” and then disappeared until a “CSI: Somewhere” saved his butt. Speaking of his butt, he mistakenly thought that it (his butt) was the star of the show. It was featured in what seemed like every other episode. The show’s real star was Dennis Franz, who deserves his own “CSI” series.

To paraphrase Sigmund Freud, “Sometimes a cigar is just a cigar … oh, who am I kidding? A cigar is always a stand in for a penis.” And in this case that was very true. Popular culture went wild with the revelations.

It’s funny. Like really, really funny. It’s when Colbert was making a name for himself, and his “Colbert Report” was just getting off the ground. His WHCD routine was still totally inappropriate. In my lifetime of presidents I can remember (Carter, Reagan, Bush, Clinton, Bush, Obama) there had never been that lack of decorum towards a sitting president.

Even though I agreed with the politics, it was still shocking to witness and seemed to lessen the presidency. The Correspondents’ dinner had always been a roast of sorts, and roasts are delicate bits of comedy. This seemed over the top: confrontational, mean-spirited and the first time a comedian loomed larger than a sitting president.

Fast-rising politician Anthony Weiner is forced to resign from Congress after a sexting scandal reveals he shared a crotch picture with an adult women via Twitter. That led to John Oliver’s best jokes on the “The Daily Show” about “Carlos Danger.” Anthony quits politics. Oliver gets a smash show on HBO.

Celebrity sex scandals go back to Cleopatra and Mark Antony, probably before even then. They’re nothing new: from Marilyn Monroe to Rob Lowe’s romp with two girls back in 1988 (one of them underage) to Tommy and Pamela and even Kim Kardashian. It’s all been done before. So what does JB’s BD have to do with anything? It’s because Bieber was goaded into it, and it was so pathetically staged to prove, in fact, he should be proud of his manhood.

So there, are you happy America? 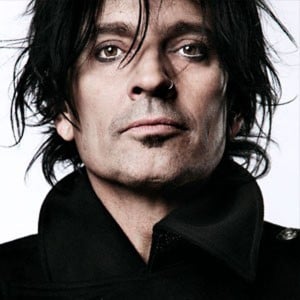 Which leads us to the most pathetic political moment in my life, right up there with Watergate, in terms of embarrassing the presidency. Trump defending his own penis size in the middle of Republican debate.

Maybe we can expect to see Trump in Bora Bora, stepping out onto a balcony to prove how wrong we all were about what the size of his hands really means. But if it’s size that’s going to win this presidential election, then say hello to President Tommy Lee.

Editor’s Note: This article has been updated since its March 9 publication date.