Movies set during summer have a certain feel that represents the season’s lazy, relaxed vibe.

Some films capture that perfectly. They also showcase the sense that everything is okay, a perceptin that sometimes can be misplaced. 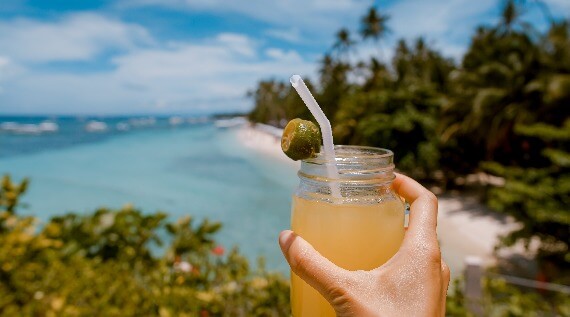 To be clear, I’m not referring to blockbusters released in the sweltering summer months. Theses movies encapsulate the period from Memorial Day to Labor Day when we all have a little more time.

Some of the following 9 films are comedies that spoof the season. Others remind us we can’t always let our guard down, even at a New England beach town in July. Are these all classics? No. (Though #1 clearly is.)

What else could be number one? This blockbuster about a great white shark terrorizing a small town is by a young Steven Spielberg. It started the summer movie craze and still terrifies a generation of beach goers.

Complementing Spielberg’s amazing directing is a pitch perfect cast that includes Roy Scheider and Richard Dreyfuss, an iconic John Williams score and a simple concept that will make you uncomfortable the next time you go swimming. In short, it’s the perfect summer movie.

The family summer vacation. While many have fond memories about traveling with our siblings and parents, there’s also the stress of planning and pulling off such a trip. Chevy Chase stars as Clark Griswold, the dad most likely to tell you “everything is fine” as he struggles to maintain his temper. This cross-country vacation where everything goes wrong has two of the masters of comedy behind it: Harold Ramis as director and ’80s legend John Hughes as screenwriter.

To be clear, this is an R-rated comedy and not for children. But the disasters faced by the Griswold family will make your stressful summer vacations look tame in comparison.

Summer when you’re a child can be an experience that includes pain and memories lasting a lifetime. Rob Reiner’s take on a Stephen King novella has both. Set at the end of summer, this coming-of-age drama stars Wil Wheaton, River Phoenix, Corey Feldman, Jerry O’Connell and Kiefer Sutherland.

Four kids set out on a hike looking for a dead body (King’s source material was called “The Body”). “Stand By Me” perfectly captures the nostalgia of summer and the wistful way we look back at a pivotal time in our lives.

Some may argue this baseball classic is more of a spring film. But what could be more summer-ish than a nighttime baseball game in mid-July? “Field of Dreams” effortlessly captures the timelessness of baseball, the memories it creates with those we love.

If we look to summer for magical moments, this movie, written and directed by Phil Alden Robinson, showcases its own magic.

Before blowing the doors off Hollywood with “Star Wars,” George Lucas showed us what it was like to be an American teenager in 1962, cruising in cars and enjoying the last night of summer.

Much like “Stand By Me,” the film leans heavily on nostalgia and the role that summer plays in our youth.

Honorable mentions (in no particular order)

Just who are your neighbors? What are they up to? Many suburbanites have asked these questions. Tom Hanks, beginning a summer staycation, attempts to answer it in a comedy by director Joe Dante. Hanks, Bruce Dern, Corey Feldman and other neighbors investigate just what their weird neighbors, the Klopeks, are doing at night.

Mostly ignored in 1989, the film has risen to cult classic status with an extras-packed Blu Ray released earlier this year. For anyone who grew up with weird neighbors (or has them now), this is a summer must watch.

Certainly not the best of horror or the slasher subgenre, but it’s got “summer” right there in the name. A group of very ’90s teens enjoy a July night of fun that includes some drinking. After hitting a man crossing the road, their lives start to spiral downward.

It’s the Fourth of July and aliens are attacking. Goofy and silly, it’s quintessential summer fun (as long as you don’t question the logic).

A bit of advice: Don’t watch the sequel.

A summer weekend at the beach with your dead boss (who no one notices is dead), a mobster who is trying to kill you, and oblivious partiers. What could go wrong?

Somehow, this Jonathan Silverman/Andrew McCarthy comedy works. Once again, don’t watch the sequel. If you don’t want to spend $15 on a bloated 2018 summer blockbuster, enjoy some of these films about the season.

After all, fall will be here before you know it.

Scott Whitlock is the associate editor for the Media Research Center’s Newsbusters. Previously, he was a contributing editor and the MRC’s senior news analyst. Scott’s work has been published in The Washington Times, National Review Online and other outlets.