I woke up on October 4, 2017, happily married to Green Beret medical sergeant Bryan Black. That night I went to bed his widow.

What started out as a typical day of driving our boys to school and sports became a life-shattering moment when my mother-in-law called to ask if I’d seen the news. A Special Forces unit had been attacked near the border of Niger and Mali in Africa where Bryan was deployed.

That was Bryan, I said. Bryan was there, that’s his group, I told her, knowing in my heart that my husband was dead. An hour later I received a knock at my door. 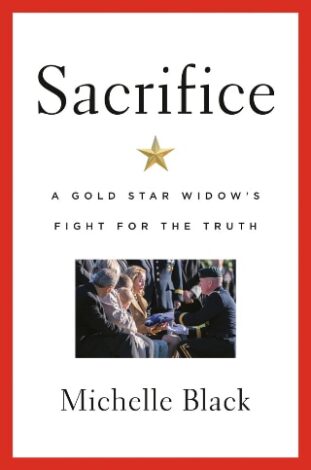 Bryan’s team was on a mission when they were ambushed by ISIS militants, leaving four Americans dead and the rest fighting for their lives. The remaining men barely escaped and three other families received the same dreaded knock at the door that I had gotten.

But for everyone involved, the nightmare was just beginning.

An investigation into the Niger ambush was started by the military. Instantly, it began to shift focus and blame onto those at the lowest levels, including Bryan’s team.

The ambush was the largest loss of life in that region since the Battle of Mogadishu-also known as Black Hawk Down-in 1993, so it drew significant press attention.

President Donald Trump made condolence calls to the families of the fallen: SSG Bryan Black, SSG Dustin Wright, SFC Jeremiah Johnson and SGT LaDavid Johnson. When Trump called widow Myeshia Johnson he forgot her husband’s name and told her he knew what he signed up for causing a media firestorm.

Then ISIS released a propaganda video made with headcam footage stolen from the body of my husband’s teammate. CBS released this propaganda video, which began with my husband being shot in the head before showing the gruesome deaths of two other team members.

The video spread rapidly across Facebook, Twitter, and YouTube, and my young children now had the choice to watch their father die with the click of a button as did all of their schoolmates. I thought things couldn’t get worse after losing Bryan, but I had been wrong.

After waiting six months for the military investigation to be completed, I was eager to be briefed and to learn the truth of what had happened to my husband. Instead of the truth, I was told a mixture of half-truths and outright lies.

The only thing that was clear by the end of my brief by United States Africa Command (AFRICOM) was that they blamed team members and would be punishing the team Captain.

Staff Sgt. Black's widow opens up about his death

When a media brief was held on the findings of the investigation, AFRICOM’s commanding general once again blamed the team. When asked if the team were a bunch of cowboys who had gone rogue, General Thomas D. Waldhauser answered that all teams on the continent were performing well but my husband’s team was not indicative of what special operators do.

The General had insulted my husband and every man who had fought and died alongside him. Bryan was the epitome of a Green Beret soldier until the day he died with a green beret on his head, all of his teammates were remarkable men and soldiers. In return for sacrificing their lives, Bryan, Dustin, Jeremiah and LaDavid were being dishonored on national television by a four-star General who had sacrificed nothing in this ambush.

I had walked through hell every day for months and was done sacrificing for a military that didn’t respect my husband enough to bring me truth. In that moment, I made up my mind to take action. Thinking more clearly than I had since Bryan’s death, I concluded no one was going to save me or bring me the truth but me—and I was fine with that.

It was time for me to do my own investigation and to figure out the detailed timeline of events on the ground. I would seek out my own justice and be my own hero.

And that is exactly what I did.

I sought out the surviving team members and collected exclusive interviews. I also interviewed the Heliborne Units Commander, the AOB Commander Major Alan Van Saun, and the former SocAfrica commander General Don Bolduc. After conducting my interviews, I read the final redacted report and compared that to what I’d learned from my interviews. I also used the headcam footage and the army’s write-ups of individual soldiers’ actions on the ground.

In my book “Sacrifice: A Gold Star Widow’s Fight for the Truth,” I dig into what happened behind the scenes as news swirled and politicians argued over controversies linked to the ambush.

I take the reader behind closed doors as we are briefed by military investigators who lie to us, then I give a minute-by-minute account of what actually happened on the ground according to the men who survived the attack.

I name the officers who are responsible for sending my husband’s team underprepared on a mission they were not in-country to do—the same officers who held a cavalier attitude towards the enemy they knew the team might encounter.

When the team did in fact encounter the enemy and events turned out far worse than they expected, it was these officers who passed the blame down to those at the lowest levels. In my book, I pull apart the final report which unjustly pinned the majority of the blame on lower-level officers and team members and lay bare the disparities between what AFRICOM told the families and what really happened that day.

Michelle Black is the author of “Sacrifice: A Gold Star Widow’s Fight for the Truth.”