The top grossing films of all time are predominantly action movies.

People love to watch good triumph over evil. Unless it’s a cop, that is.

Nearly every action film follows a formula. The story’s hero is fighting for the common good. The villain cares only about his own self interest or the destruction of others.

We root for the hero to have all the tools necessary to prevail. After all, he’s protecting those unable to protect themselves.

We learn what’s at stake if our hero is unable to stop the villain’s quest to harm others. As things escalate, there comes a point of no return, no going back.

The stakes are life and death.

Now imagine if the police interactions we watch on TV were like action films, and we saw the complete back story. Unfortunately, news and social media capture the action as if we walked in at the end of the movie, not the start.

Who are we rooting for? It looks like the cop is the aggressor. The news only shows what would be an action film’s final sequence.

I believe that has played into the public’s psyche, making us too often perceive the police as the villain.

The news routinely highlights the worthiness of the suspect in question. They research his past and share his positive traits. Perhaps he’s an honor student or good Samaritan. He was just walking down the street minding his own business, etc.

In an officer-involved shooting, reporters rarely discuss the officer’s motives or spotless work record. The public is often unaware that frequently the reason the officer engaged with this individual was because a citizen called in a complaint or politicians told them to crack down on this behavior.

Instead it’s implied the officer was acting out of some malice or prejudice.

His motive was merely to kill for no reason rather than his actions were compelled by the circumstances and what he had to lose by standing down. The public sees the the suspect as a helpless victim, even a martyr.

What about the damage he left in his path? 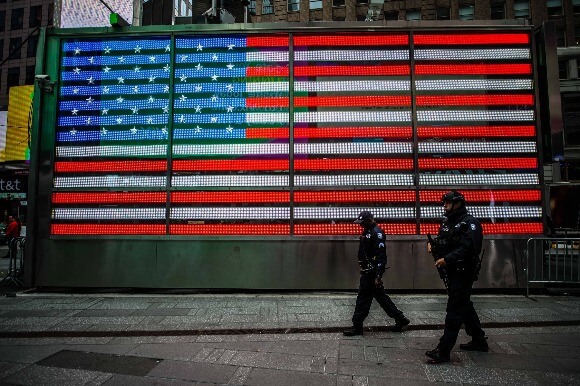 The lines between hero and villain can be blurred in both real life and movies. We’re inclined to take the side of the injured person and assume he was a victim. It’s human nature to feel bad for the one who was harmed the most.

That’s good. We should be empathetic. It doesn’t mean the person who lost that fight didn’t participate in the outcome.

We would never pay for a movie ticket and just watch the end of a film without the build up and the back story. So why are we willing to pay the price of a life of anger and hatred without the whole story?

This is just one of the analogies that will be discussed in the new documentary “Monochrome.”

Telling the Other Side of the Story

I’m the wife and daughter of police officers, in addition to being a Hollywood actress. I’ve been advocating for police causes since the ’90s when I served on the celebrity advisory board for the National Police Hall of Fame and Museum. I’ve also appeared on ABC’s “Good Morning America” with Chief Daryl Gates discussing SWAT standards.

As an actor I’ve learned there is something magical about film. It allows people to let their guard down and put themselves in someone else’s shoes.

We will not be breaking down high-profile cases or merely stating facts and statistics. It’s about the human element and the emotions which, I think, are the missing pieces to solving this challenging issue. We need to get to the heart of it. That is what this film will do — bring the police and community together to see things from each other’s perspective.

If you would like to support the film and chart its progress please follow us on Facebook. For more information and how you can make a tax free donation visit From the Heart Productions:

Actress Tracy Melchior’s Hollywood credits include “The Bold and the Beautiful,” “The Young and the Restless” and the upcoming “Bad Impulse.”