HollywoodinToto.com reached out to Phalen to expand on her observations and explore why we see so few faux politicians who lean right.

HollywoodInToto.com: What inspired you to write the column?

Patricia Phalen: There were several articles in mainstream media about the new shows – and they continually suggested that the motivation behind these female political characters was to help Hillary get elected. I thought that was too narrow. Even if Hillary Clinton was never secretary of state or never ran for president, we would still see female political characters on television that are liberal. Hollywood has a blindspot when it comes to true political diversity.

HiT: Have you been following the press coverage for “Madam Secretary?” What jumps out to you about how reporters are treating the CBS drama?

PP: Aside from the coverage suggesting the show is a campaign video for Hillary, most of the articles have been evaluations the stars and their performances or reviews of the show. Overall the tone is positive, but nothing too deep.

HiT: How heavily does pop culture influence the way the public views politics? Does it vary by the show, the politician and the issue in play? Or are there broader lessons to be gleaned from its influence?

PP: Pop culture tells people what is “acceptable” and what is “hateful.” You can see this played out in the political discourse. Every kind of disagreement is called “hate” now. Many people today don’t listen to contrary points of view – they dismiss them as “extreme.” This is really unfortunate…and it absolutely kills free speech. Many people blame congress for political polarization – but Hollywood is just as guilty. 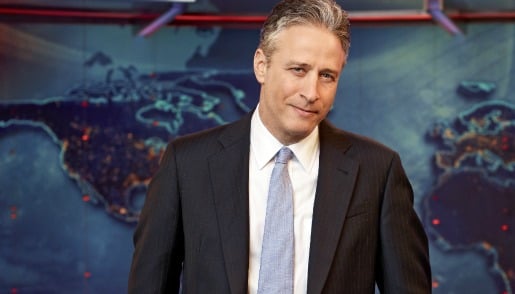 The effect definitely varies. I would say, for example, that “The Daily Show” has a great deal of influence – in fact, many young people say they keep up with the news through this program. Celebrities can also influence political opinions – by what they say as fictional characters, as well as by their actions in the real-world political space. Shows that use political issues as themes also affect public opinion, but there has been little research on these kinds of programs so far. We know that viewers who watch positive portrayals of fictional presidents are more likely to rate real presidents more favorably, regardless of political party. We also know that the way fictional programs portray societal institutions influences the way viewers see those same institution.

I think the broader lesson is that we need more diversity of viewpoints in popular culture – which would also mean more respect for the audience.

PP: In general, when people in office disagree with the political agenda of Hollywood gatekeepers these politicians are ridiculed, misrepresented, stereotyped and dismissed. This does not happen to politicians who agree with the “acceptable” agenda. President Obama was Hollywood’s candidate, so he has been treated more fairly – i.e., he has not been vilified.

HiT: How can modern screenwriters expand their horizons and capture a more diverse array of heroes?

PP: This is a generalization, which means there are exceptions – but I think the decision-makers in Hollywood look at opinions that differ from their own as “propaganda” This is really unfortunate. Hollywood is culturally and politically isolated – I’ve heard it described as a “bubble” by many people who are part of the entertainment business. They don’t know people who have different political views, so they rely on stereotypes…the hypocritical fire-and-brimstone person of faith; the extremist pro-lifer who thinks killing doctors is a way to stop abortion; the hateful rich republican.

“You can’t write what you don’t know”

HiT: What current shows flex the most power when it comes to the intersection of politics and entertainment?

PP: A colleague of mine in Beijing told me that she was “so happy that ‘House of Cards’ is available in China now, so that young people can learn about the U.S. political system.” I think this series is going to have an effect on how viewers in other countries understand U.S. politics.

Almost everything Aaron Sorkin writes deals in some way with the intersection of politics and entertainment.

HiT: Have you ever had the chance to ask a screenwriter why more Republicans aren’t featured in heroic fashion on screens large and small?

PP: Sure. Most people attribute it to the blindspot I mentioned earlier. You can’t write what you don’t know.