You finally all agree on a movie, one that’s appropriate for grandma and your teen twins, and you head to the theater, ready to pay more for snacks than movie tickets.

You settle into your seats and remember going to the movie theater in the age of smartphones can be a terrible experience.

People have talked in theaters since the dawn of cinema, and some movies seem to draw the chatty teen crowd more than others. A horror film? You know the theater is going to be alive with people yelling at the screen, screaming at the startling scenes and laughing at the most inappropriate moments. 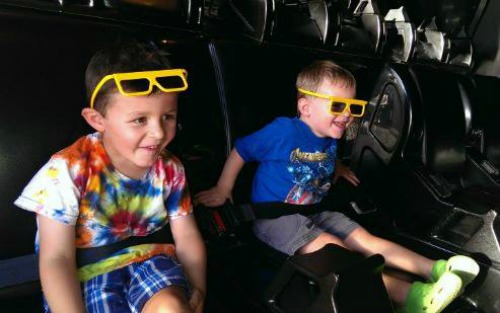 Kid films are going to be punctuated by little voices asking what’s going on, who that character is and whether a person or animal really died or is just sleeping.

That can be annoying, but it’s far less frustrating than these darn smartphones. With their bright little screens, it only takes one person in a theater to annoy dozens of theater goers, distracting from the film even if they aren’t actually talking on the phone.

Theoretically someone chatting on their phone should be no more annoying than if they were talking to the person sitting next to them, but someone who would be rude enough to talk on their phone while watching a movie, well, they’re not going to be the quietest person, either.

And then there are the social media fanatics who can’t imagine being offline for the duration of an entire movie, whether it’s text messages from their posse or keeping up on the world of Instagram or Facebook. If someone is that obsessed with being online non-stop, they could at least sit in the back row of the theater where only the few people adjacent to them will be bothered by the inappropriate nightlight.

I see more movies than you do, typically two or three per week, and so have experienced all of these fellow theater goers, to my dismay and frustration. The worst experience I ever had in this regard, however, was when a man had his phone on, sitting on his leg, without even using it or touching it. Just liked the glow, perhaps. I had to go find the manager and ask them to help out, missing five minutes of “Godzilla”. Frustrating? Oh yeah.

And so my guide to being a great movie viewer:

In a nutshell, all that it takes to be a great movie viewer is for people to remember that they’re not in their living room, but in a movie theater with dozens, or hundreds, of other people. Be quiet, be polite, and keep your darn phone off and in your pocket or purse.

Now let’s go and enjoy the latest at the cineplex …

Dave Taylor is a Colorado-based film critic at DaveOnFilm.com and really does go to see a lot of movies every week. And he always leaves his phone in his pocket, set on vibrate or powered down completely. You can follow him on Twitter too: @DaveTaylor