The A-list comedienne is currently shooting a new action comedy co-starring Goldie Hawn. The project originally featured a scene involving gun play. Now, that sequence won’t be in the movie.

Schumer, who wields considerable clout at this stage of her career, nixed it.

E! News has exclusively learned that the actress, who is currently in Hawaii filming her yet-to-be-titled film, decided to cut at least one scene from the movie which shows someone shooting a gun at people, following the mass shooting that claimed the lives of 49 people at Pulse nightclub recently.

Wait. Wasn’t the last mass shooting enough to change Schumer’s mind about that scene? What about the one before that? Does she realize the Orlando massacre was a terrorist attack on our soil?

More importantly, does she honestly think Hollywood, an industry awash in gun violence, will change an iota because she snipped a single scene from her movie?

Will she start condemning other films filled with gun-related violence? Is she acknowledging that movies impact the culture? What about stories featuring sex? Profanity? Should her peers reform their ways?

It’s hard to hear Schumer’s decision and not recall another major Hollywood player’s reaction to gun violence. Producer Harvey Weinstein, one of the industry’s most powerful moguls, vowed to change his ways after the Newtown, Conn. shooting which left 26 people, including 20 school children, dead.

Weinstein told Piers Morgan in 2014 “you have to look in the mirror.”

“I have to just choose movies that aren’t violent or as violent as they used to be. And I know for me, personally, I can’t continue to do that. The change starts here. It has already.”

He clarified his new stance, saying a violent movie that paid tribute to American soldiers would still be acceptable to him. Other stories were now off limits.

“I’m not going to make some crazy action movie just to blow up people and exploit people,” he said.

Last year, Weinstein produced “The Hateful Eight,” a film chockablock with all manner of grindhouse violence.

Parents need to know that Quentin Tarantino’s The Hateful Eight is a Western that promises — and delivers — extremely strong violence and language. Characters use guns, and tons of blood splatters, sprays, and oozes everywhere. A female character is punched in the face several times, knives and poison are used (victims of the latter vomit blood), and there are many dead bodies.

Weinstein previously vowed to create a “violent movie summit” to examine what influence, if any, films with gun violence had on our culture. The announcement came after a gun massacre at an Aurora, Colo. theater. 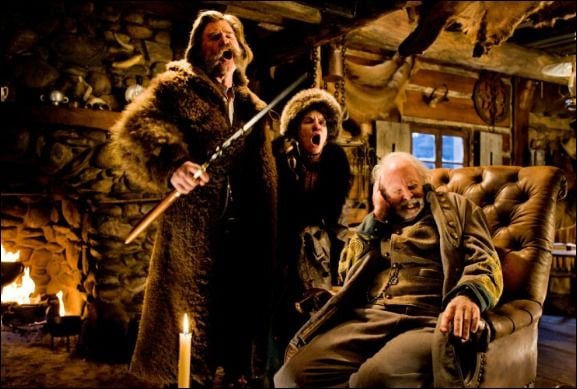 This isn’t the first time Schumer regretted aspects of her career. After a shooting occurred during a screening of her 2015 comedy “Trainwreck,” Schumer told a Vanity Fair reporter she wish she hadn’t made the movie.